Polokwane City brushed aside Baroka FC 2-0 in an Absa Premiership match at the Peter Mokaba Stadium on Saturday afternoon.

As a result, Rise and Shine climbed up to 10th place on the league table, while Bakgaga remained fifth on the standings.

Bakgaga threatened first through their star midfielder Talent Chawapiwa just a minute into the Limpopo Derby.

The left-winger unleashed a shot which missed the target as Baroka looked to grab an early which would have unsettled Polokwane.

The marksman's effort was well-saved by Baroka goalkeeper Ayanda Dlamini in the 18th minute.

The hosts kept pushing for the opening goal and Ramagalela missed the target with a good shot just before the half-hour mark.

Polokwane finally opened the scoring in the 36th minute and it was Walter Musona who fired the home side into the lead.

Dlamini made a mistake and Mohammed Anas pounced, and set-up Musona, who scored with a decent finish to make it 1-0 to Polokwane.

Richard Matloga was then introduced by Baroka coach Wedson Nyirenda on the stroke of half-time as the visitors looked to level matters.

However, Polokwane stood firm at the back and they were leading 1-0 at the interval.

Bakgaga pushed for the equalising goal after the restart, with Matloga looking to impress, having replaced Mpho Kgaswane.

The right-winger tried his luck from range and his shot missed the target without troubling George Chigova in Polokwane goal.

However, Polokwane continued to attack as they looked to double their lead with Jabulani Malulekea pulling the strings in midfield.

The veteran midfielder managed to double Rise and Shine's lead with 20 minutes left on the clock.

Ramagalela set-up Maluleke with a low cross and the latter fired past Dlamini with good finish to make it 2-0 to Polokwane.

The visitors launched late attacks in search of at least two late goals to ensure that the game ended in a draw.

However, Rise and Shine stood firm at the back in dying minutes of the game, and ultimately ran out 2-0 winners on the day. 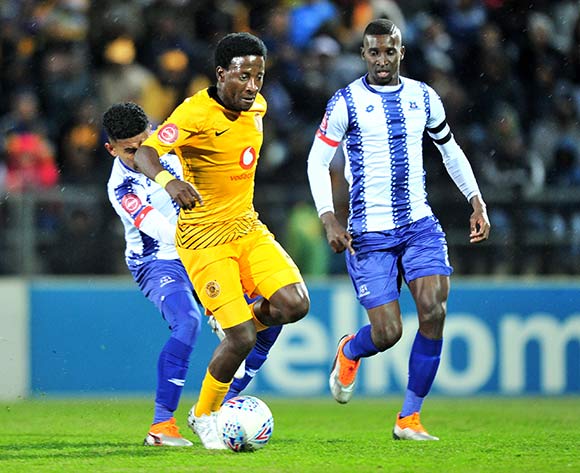