UD Songo eliminated after being held at home

UD Songo have been eliminated from CAF Confederation Cup quarterfinal contention after they were held 1-1 by Al Masry at the Ferroviario Stadium in Beira on Sunday.

The result leaves the Egyptian team at the top of Group B with nine points from five matches, while the Mozambicans are level with Al Hilal on three points and have been mathematically eliminated.

The other Group B match set for today sees Hilal host RS Berkane in Omdurman, with kick-off at 9pm CAT. If the Sudanese side fails to win, Masry and Berkane will be confirmed as quarterfinalists.

The first half was a cagey affair, with both teams managing just one shot on target each through the first 45 minutes, and neither goalkeeper – Pendula for UDS and Ahmed Masoud for Masry – was particularly troubled.

The second half continued in much the same vein and a goalless stalemate looked to be on the cards. However, Masry’s Mohamed Abdul-Latif Grindo struck in the 77th minute to put the Egyptian side 1-0 up.

The visitors’ lead lasted just five minutes, as UD Songo’s Jimmy Ukonde struck in the 82nd to make it 1-1 and ensure that they at least claimed a share of the spoils – even if it was not enough to save their hopes of advancing.

Group B will wrap up with two matches on August 29: RS Berkane will host UD Songo in Morocco, while Al Masry will welcome Al Hilal to Port Said. 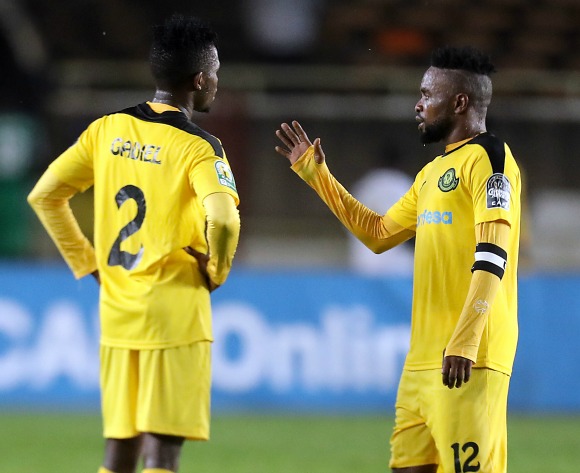