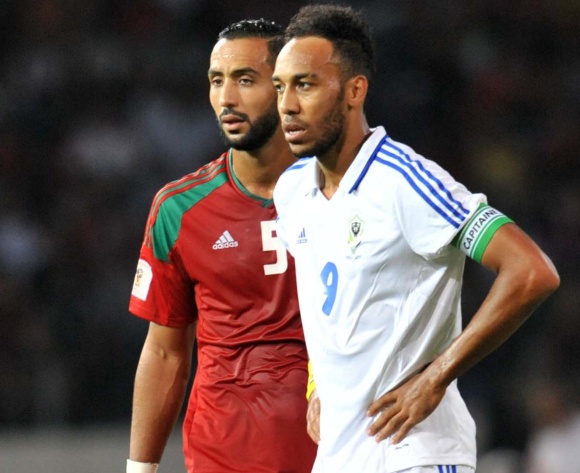 Gabon fought back to hold Burundi to a 1-1 draw in the 2019 Africa Cup of Nations qualification Group C match at the Stade d'Angondjé in Libreville on Saturday evening.

The draw saw the Panthers remain third on the Group C standings, while the Swallows also remain top of the table.

England-based striker Pierre-Emerick Aubameyang started upfront as the Panthers looked to secure their first win in the Group C campaign.

On the other hand, England-based forward Saido Berahino was making his official debut for the Swallows.

The Stoke City FC marksman began life as a Burundi international with a goal seven minutes before the half-time break.

The Panthers tried to push for the equalising goal with the half-time break fast approaching.

However, Burundi were able to hold on to their slender lead and they were leading 1-0 at the interval.

The 2015 African Player of the Year did get the goal he had been looking for in the closing stages of the game.

Aubameyang beat Burundi shot-stopper Jonathan Nahimana with a tap-in to make it 1-1 for Gabon much to the delight of the home crowd.

Burundi then contained Gabon until Seychelles match referee Bernard Camille blew the final whistle until the game ended in a 1-1 draw.