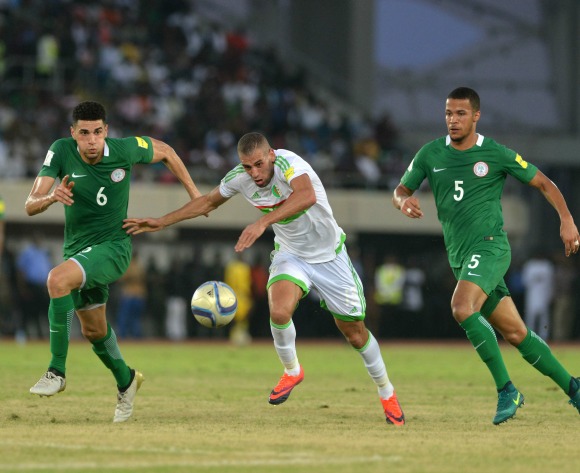 Algeria will look to seal their spot at the 2019 Africa Cup of Nations tournament with a win in their Group D qualifying match against Benin at the Stade de l'Amitié in Cotonou on Tuesday.

Algeria are unbeaten thus far in their Afcon qualifying campaign having registered two wins and a draw to occupy the top of the standings with seven points. Their opening match of the group saw them beat Togo 1-0 which was followed by a 1-1 draw against Gambia.

Most recently Algeria registered their second win after beating Benin 2-0 this past Friday thanks to goals from Ramy Bensebaini and Baghdad Bounedjah.

Prior to that victory, however, Algeria had suffered a slump in form and were winless in five consecutive matches, four of those ending in defeats.

Still, a win on Tuesday would guarantee them a place at Afcon next year as they would be unable to finish lower than second in Group D.

That, though, is not the case for Benin who occupy second spot in the group with five points, two above third-placed Gambia and three above last-placed Togo.

Benin started their qualifying campaign on a good note with a 1-0 win over Gambia in June last year, but dwindled a little with a 0-0 draw against Togo before suffering their first loss in Group D to Algeria last week.

Benin’s international form has also not been great as they are currently on a five-game winless run. Their last international victory only came back in October last year when they beat Gabon 1-0 in a friendly.

Statistically, Benin are up against it as well with this match their fifth meeting against Algeria, and they are yet to register a win. In their past four matches Benin have shipped ten goals compared to Algeria’s three.