ZAMBIA IN DANGER OF MISSING OUT!

Expanded from 16 to 24 teams, it was an assumed that the top tier of African football would be certainties to qualify for the African Cup of Nations in Cameroon next year.

Zambia, though, is looking to be the exception!

Chipolopolo started their campaign in disastrous fashion with a 1-0 loss to Mozambique in their opening game which was followed up by a lacklustre 1-1 draw away to Namibia.

They got their campaign back on track with a 2-1 win over Guinea Bissau, but four-days later were stunned by the minnows (by the same score) to leave them bottom of Group K with two games to play.

When Ahmad became President of CAF last year it was expected that football on the island nation of Madagascar would be on the rise. No one expected it to happen as soon as this!

A victory on Tuesday night against Equatorial Guinea and Madagascar will be punching their tickets to Yaounde to make their first appearance at the continental showpiece.

Two away wins against Sudan and Equatorial Guinea have them in strong position to book their place with two games to spare.

There were question marks over the form of the hosts in 2019, but they have proven their doubters wrong.

Since winning the title in 2017 the Indomitable Lions have been on the decline, failing to qualify for the 2018 World Cup and sacking Hugo Broos in the process.

The appointment of Clarence Seedorf and his assistant Patrick Kluivert, though, was a bold move which has paid off.

It was seen as a risk for a duo with little or no experience of coaching at national team level, but seven points from a possible nine means the host nation supporters will be confident their team can defend the title they won two years ago in their own back yard.

SOUTH AFRICA FINALLY FIND THE BACK OF THE NET!

If Stuart Baxter was praying for goals those prays were answered with gusto as his Bafana Bafana players found their goal-scoring boots in a 6-0 romping of the Seychelles.

The opponents might have been minnows, but in registering their biggest win since re-admission to CAF in 1992 confidence will be high in the South African camp.

Three points from the return game on Tuesday, coupled with a Nigeria win against Libya and South Africa will be one result away from qualifying.

Something they have not done since 2012.

BATTLE OF THE CONGOS!

DR Congo’s surprise 2-1 loss at home to Zimbabwe on Saturday means this Group G could be decided when the two Congo’s meet in November.

If Zimbabwe’s form holds and they inflict an expected win in the return game in Harare against DRC and Congo register a victory over a winless Liberia, then the showdown in November in Brazzaville will decide which of the two Congos join Zimbabwe in Cameroon. 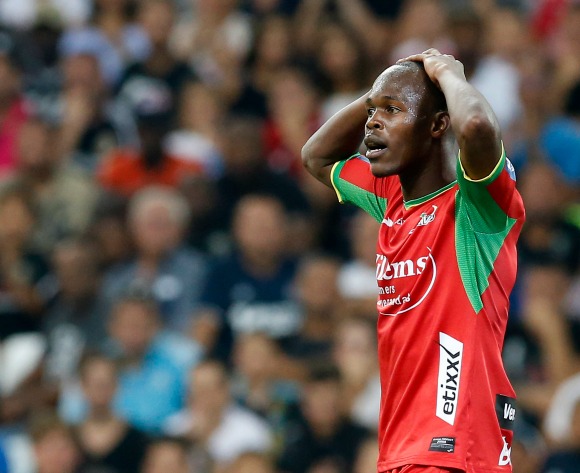