Raja Casablanca will look to wrap up the 2018 CAF Confederation Cup title when they face hosts AS Vita for the second leg of the final, set for Stade des Martyrs in Kinshasa on Sunday night, kick-off at 21h00 CAT.

The Moroccans are in a powerful position in the tie, after claiming a 3-0 home win at Stade Mohamed V in Casablanca last Sunday.

A brace from Soufiane Rahimi and a penalty from Mahmoud Benhalib saw Juan Carlos Garrido’s side put one hand on the trophy. Should they wrap up the triumph, it would be the Green Eagles’ second trophy in the Confederation Cup (their first arrived in 2003, when the competition was still known as the CAF Cup).

Yet Garrido has warned his charges that, despite their strong lead and dominance of the first leg, they will be in for a tough return game in Kinshasa.

“We need to concentrate on the next match. That match is going to be huge. Today, this match is over. As from tomorrow we have to start preparing for the return leg, which is the final. That match is definite.”

As for Vita, coach Florent Ibenge was left bemused by his team’s capitulation in Casablanca, but they will be determined to at least put in a strong showing in front of their own fans as they attempt to win the continental competition for the first time.

“We were not aggressive. We gave in to all the duels of our opponent,” said Ibenge after the match. “We have retreated and usually when you do not win duels, the team that does it wins.

“We missed this positive aggression to make a good match. We also succumbed to the pressure of Moroccan players and the coach who influenced a little bit the referee, who was lax on certain actions.”

The aggregate winners will not only claim the Confederation Cup trophy, but also advance into the CAF Super Cup match against Champions League winners Esperance de Tunis. 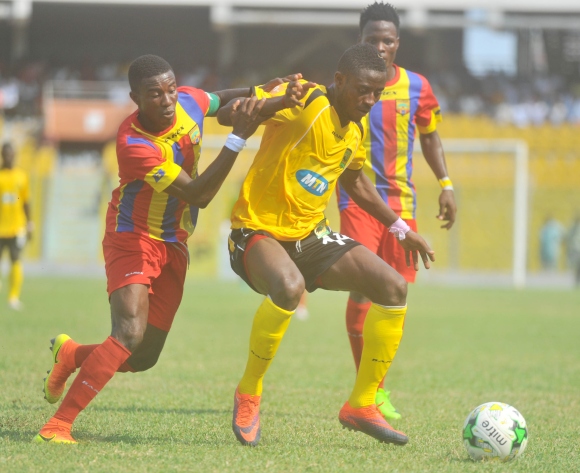 Raja set up AS Vita showdown in Confederation Cup final