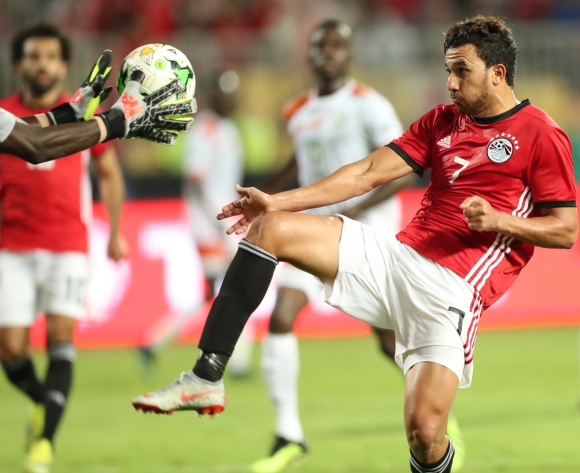 Egypt attacker Mahmoud Trezeguet has been linked with a move to Serie A giants Napoli.

The Kasimpasa winger has attracted a lot of interest from across Europe over the past few months, since joining the club from Anderlecht - initially on loan before making the move permanent.

The 24-year-old has enjoyed a breakthrough campaign and has scored five goals, assisting five more in 17 Turkish Super Lig appearances as Kasimpasa do battle at the top end of the table.

According to reports, Trezeguet has attracted interest from VfB Stuttgart and Lazio, while Napoli are the latest club to join the race for the Pharaohs' signature.

The former Al Ahly wide-man has accumulated 33 caps for Egypt since making his debut for the North African nation five years ago.

Kasimpasa kick-off 2019 with a home clash against Rizespor on the 20th of January.

Salah, Mane and Aubameyang short-listed for CAF player of the year