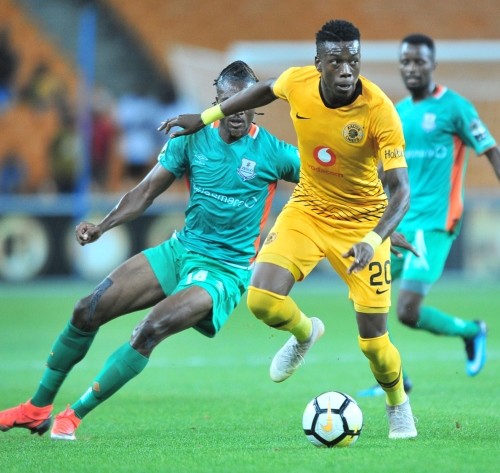 South African giants Kaizer Chiefs have been eliminated from the CAF Confederation Cup, losing 2-1 (5-2 on aggregate) to Zambia’s Zesco United in a second leg, playoff round match in Johannesburg on Saturday night.

Chiefs were the biggest casualties of the day, while Morocco’s RS Berkane put in a stunning performance to ensure they progressed through the group stage of the competition, defeating Senegal’s ASC Diaraf 5-1 to recover from a 0-2 deficit after the first leg and take the tie 5-3 overall. RSB’s goals came from Alain Traore, Kodjo Laba (two), Hamdi Laachir and Issoufou Dayo.

Fellow Moroccans Hassania Agadir also turned on the style to win 4-0 (5-0 on aggregate) at home to Ethiopia’s Jimma Aba Jifar.

The action began in Butare in Rwanda, where Mukura Sports Victory claimed a 1-0 home win over Sudanese giants Al Hilal but exited the tournament 3-1 on aggregate, while Angola’s Petro Atletico claimed the impressive scalp of Stade Malien, winning 2-1 on the day in Luanda and 3-2 overall.

Salitas of Burkina Faso also took their tie 3-2 on aggregate, overcoming Libya’s Al Nasr 3-1 in Ouagadougou to turn the tie on its head, and Egyptian giants Zamalek defeated Morocco’s IR Tanger 3-1 on the day (and on aggregate) with goals from Ibrahim Hassan, Omar El Said and Youssef Ibrahim.

The playoff round will wrap up on Sunday with eight further second-leg matches. Most are well poised, particularly New Star Douala looking to overturn a 2-1 deficit at home to Gor Mahia and Hussein Day 1-0 down and hosting Al Ahly Benghazi, while North African heavyweights Raja Casablanca and CS Sfaxien will look to use home advantage to tip their level ties against African Stars and Vipers respectively.

Ghana’s Asante Kotoko and Nigerian club Enugu Rangers have narrow leads at home to Coton Sport and Bantu FC, while Nkana and AS Otoho take 3-0 first-legs wins to away games against San Pedro and KCCA.