Boateng realistic about his place in Barca squad 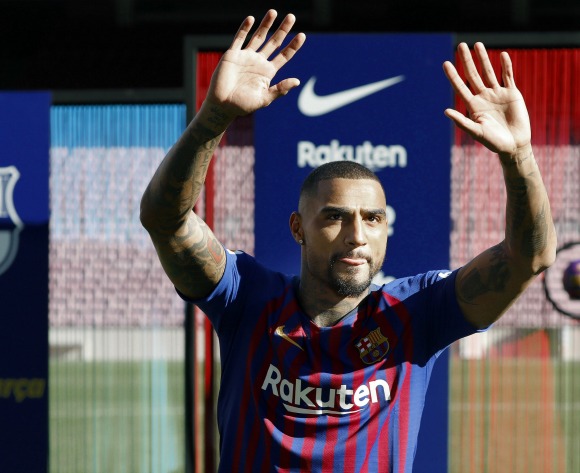 Ghana international Kevin-Prince Boateng has admitted that he doesn't expect to be a regular starter at the Camp Nou, but that a move to the reigning Spanish LaLiga champions was too good to pass up on.

The 31-year-old completed a surprise loan move to the Catalan club from Serie A side Sassuolo earlier this week and is expected to make his debut against Sevilla in a Copa Del Rey match this evening.

"This is a test and I know I haven't arrived as a starter, but I want to play well and stay for many years, that's my goal," Boateng is quoted as saying by Marca.

"At almost 32 years old, the role of a No. 9 is perfect for me. It's important to have a player like me in the team because I have other attributes.

"It's an incredible feeling to be here. Yesterday I was sad because I was happy in Sassuolo, but this was a great opportunity and I couldn't say no.

"I wanted to come to Barcelona, as soon as I heard of their interest I spoke to my agent."