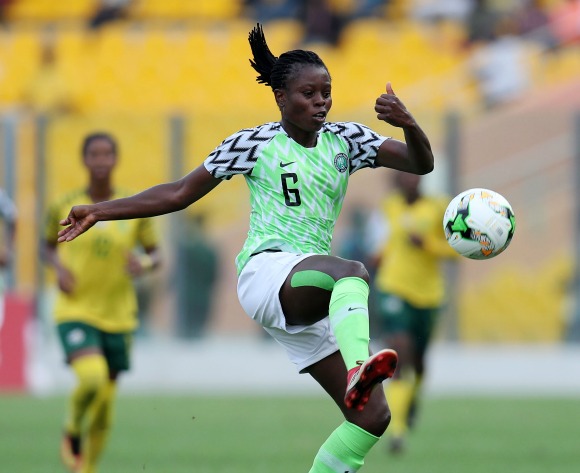 BIIK Kazygurt forward Ihezuo fired Nigeria in front towards the end of the first half, before Onome Ebi, Rita Chikwelu and Ini Umutongalso put their names on the score sheet for the Super Falcons.

“Personally, I felt very good and excited about the victory and my goal for the team,” Ihezuo told CAFOnline.com.

The 21-year-old Ihezuo scored her only her second career goal for Super Falcons.

“It was great opportunity giving to me and I really thank God for the goal," Ihezuo, who competed in the 2016/17 UEFA Women's Champions League with BIIK Kazygurt, added.

"The tournament was a good test for us and it is going to help us in the future as we prepare for the World Cup.”

The Women's World Cup will be hosted by France between June 7 and July 7.

Gor Mahia coach: Zamalek the biggest threat in our group