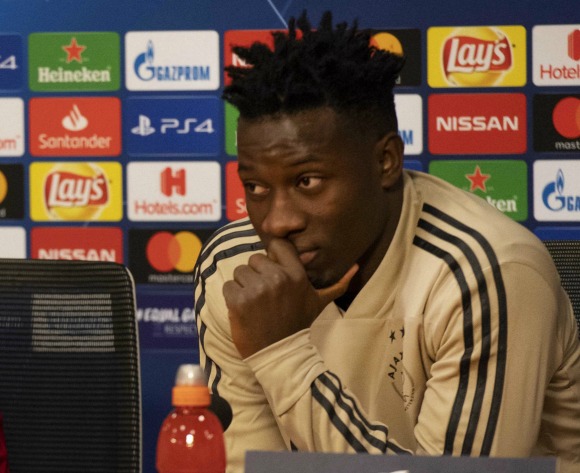 The La Liga champions announced the signing of Ajax’s Frenkie de Jong earlier this week, with the 21-year-old midfielder set to swap Amsterdam for Barcelona at the end of the current season.

De Jong is not the only up-and-coming Dutch star who has been linked with a move from Ajax, with centre-back de Ligt, 19, also said to be on the radar of some of Europe’s biggest clubs.

And Onana, who used to be on Barcelona’s books as a youth player, believes the Spanish champions should add de Ligt to their acquisition of de Jong – and keep up the friendship between the pair in the process.

"I hope that de Ligt will also go to Barça, they are very good friends. De Jong and he would be delighted to be together (at Barca), I talked about this with them."

Onana has also come to the defence of hos fellow Ajax goalkeeper Kostas Lamprou, who was criticised for conceding four goals in an Eredivisie match against Heerenveen last weekend.

"Kostas is doing great for us. People point Kostas too easily as guilty if we play badly. But he is a fantastic keeper, I think even better than me. Sometimes you have to be lucky,” the Cameroonian told Ajax Life.