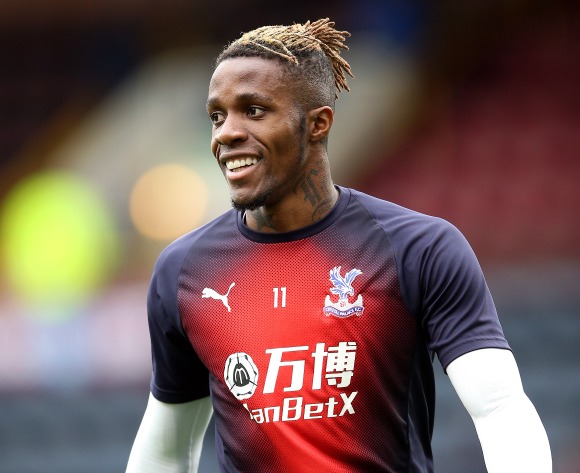 Brighton & Hove Albion manager Chris Hughton has admitted that he is wary of threat posed by Wilfried Zaha ahead of their match away to Crystal Palace this afternoon.

The Seagulls take on the Eagles in a Premier League clash this afternoon which could go a long way in deciding the teams’ fate in terms of relegation from the English top flight.

Zaha, after a quiet spell for Palace, has found his peak form in recent weeks. The Ivorian winger has netted four goals in the London club’s last five league matches and will head into the clash against Brighton looking to continue his scoring spree.

"If you are asking me if he [Zaha] has that type of ability, yes, I think he's a top player,” said Hughton in response to whether the Elephants attacker could play for one of the Premier League’s elite clubs.

"The top players can't do it game in, game out, but sometimes on their day they are unplayable.

"He certainly fits into that type of category. He can have days where it's so difficult to get close to him."

Palace come into the game placed 13th on the log with 33 points, while Brighton (who have a game in hand) are in 15th with 30 points.

Esperance through, Pirates fight back