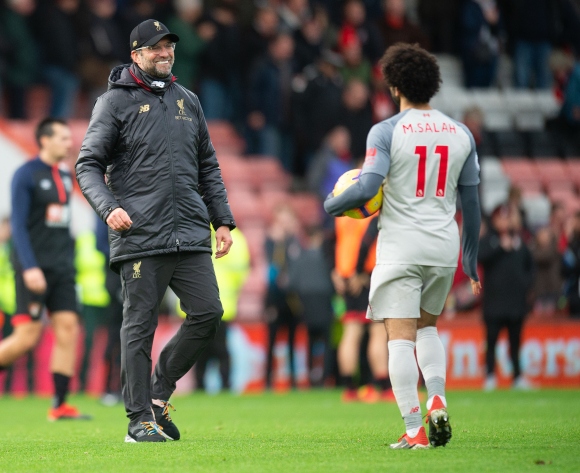 The Egypt international scored a superb solo effort to lead the Reds to a 3-1 win over Southampton this past weekend, and back to the top of the English Premier League standings.

The goal not only ended the 26-year-old's run of eight game without finding the back of the net, but also edged Salah's name in the history books, as the fastest player to score 50 league goals for the Reds.

“Oh yes. But it was never in doubt that he was a great player in my side”, said Klopp in the aftermath.

“He’s pretty consistent, very consistent. Physical things are always there, but how he stays always calm… it’s a nice moment. A first goal after a while.”