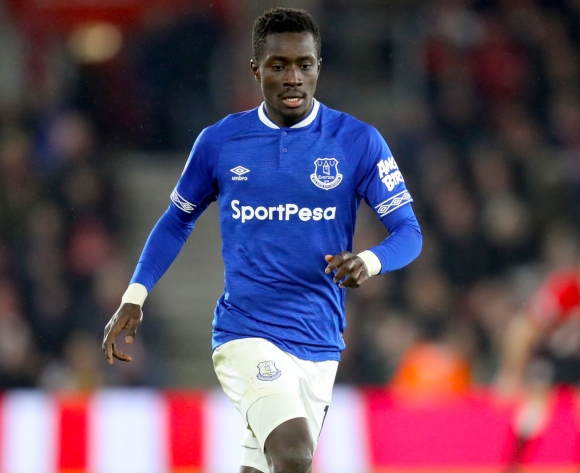 Thank you for joining us on AfricanFootball.com for what was our LIVE African Stars Watch coverage of players in action on the European continent on Sunday, 21 April 2019.

18h55 - Done and dusted in the Premier League matches, where Liverpool have beaten Cardiff City 2-0 and Crystal Palace have edged Arsenal 3-2, while in Ligue 1 St Etienne triumphed 2-0 away to Reims. That concludes our ASW for today, enjoy the rest of your weekend!

18h40 - Pierre-Emerick Aubameyang has scored to bring Arsenal back to 2-3 down against Palace, while Mohamed Salah earned a penalty - converted by James Milner - to see Liverpool go 2-0 up against Cardiff.

18h30 - James McArthur scores to put Palace 3-1 up away to Arsenal! Wilfried Zaha's team headed for a famous away win in a London derby.

18h20 - Wilfried Zaha has scored to put the Eagles back in front at the Emirates, it's now Arsenal 1-2 Palace!

18h15 - Liverpool take the lead against Cardiff through a beautiful strike from Georgino Wijnaldum, while Arsenal have drawn level at 1-1 with Palace thanks to an equaliser from Mesut Ozil.

18h05 - Back underway in the second half for Cardiff v Liverpool, Arsenal v Palace and Reims v St Etienne. Coming up in 25 minutes is a La Liga clash in Spain which sees Samuel Chukwueze and Karl Toko-Ekambi start for Villarreal at home to Leganes, who have Allan Nyom and Kenneth Omeruo in their XI.

17h50 - Half time in England and France. Cardiff City are holding Sadio Mane's Liverpool 0-0, while Wilfried Zaha's Crystal Palace remain 1-0 up at Arsenal, and in France St Etienne lead 1-0 away to Reims.

17h45 - Coming up in 15 minutes is a German Bundesliga match which sees Salomon Kalou start for Hertha Berlin at home to Hannover.

17h30 - Goal for St Etienne away to Reims, where Remy Cabella has scored to out the visitors 1-0 up against Abdul Baba's side.

17h25 - Palace have a surprise lead away to Arsenal in the Premier League, with Christian Benteke scoring to put Wilfried Zaha's team in the ascendancy at the Emirates Stadium.

17h15 - Still 0-0 between Cardiff and Liverpool, as well as Arsenal v Palace.

17h00 - Underway in the two evening Premier League games, as well as another clash in Ligue 1, where Abdul Baba, Yunis Abdelhamid and Alaixys Romao start for Reims at home to St Etienne, who have Wahbi Khazri and Youssef Air Bennasser.

16h45 - Coming up in 15 minutes we have two further Premier League matches: Arsenal v Crystal Palace sees Pierre-Emerick Aubameyang and Mohamed Elneny start for the Gunners, while Wilfried Zaha and Cheikhou Kouyate feature for the away side, while Cardiff City v Liverpool sees Bruno Ecuele and Oumar Niasse start for the former, and the Reds have no less than four African stars: Joel Matip, Naby Keita, Sadio Mane and Mohamed Salah.

16h20 - Finally a couple of goals in the Ligue 1 afternoon games, where Kalifa Koulibaly has netted twice to put Nantes 2-0 up against Amiens.

16h10 - Idrissa Gueye, who was on a yellow card, has been subbed off for Everton, who remain 4-0 up against Manchester United in the Premier League.

16h00 - Full time in Spain, where Djene Dakonam's Getafe have struck a major blow in the race for fourth spot by thrashing Sevilla 3-0.

15h55 - It's turning into a great day for Idrissa Gueye's Everton, with Theo Walcott scoring to make it 4-0 against Manchester United.

15h50 - From bad to worse for United, who concede a goal to Lucas Digne to go 0-3 down away to Everton. In France, it's half time and goalless for both Nantes v Amiens and Toulouse v Lille.

15h35 - Back underway in the Everton v United game, where the away side have made two changes by introducing Scott McTominay and Ashley Young, but Idrissa Gueye's side remain in charge at home. In France, it's still 0-0 between Nantes and Amiens as well as Toulouse and Lille.

15h20 -  Half time in the early Premier League game, where Idrissa Gueye's Everton lead 2-0 at home to Manchester United. Djene Djakonam's Getafe have increased their lead against Sevilla to 3-0.

15h05 - Everton have gone 2-0 up against the Red Devils, with Gylfi Siggurdson scoring a superb goal. In France’s Ligue 1, Kalifa Coulibaly and Majeed Waris start for Nantes at home to Amiens, who have Bongani Zungu and Bakaye Dibassy in their run-on XI, while Ibrahim Sangare, Issiaga Sylla, Mathieu Dossevi and Max Gradel feature in the line-up for Toulouse at home to Lille, who have African representation in the shape of Nicolas Pepe and Youssouf Kone.

15h00 - We open today's ASW coverage with news that Idrissa Gueye's Everton lead 1-0 at home to Manchester United. They're 30 minutes into that Premier League clash at Goodison Park, with Richarlison scoring the goal for the Toffees. In Spain's La Liga, Djene Dakonam's Getafe lead Sevilla 2-0 at half time in a key game for UEFA Champions League qualification. 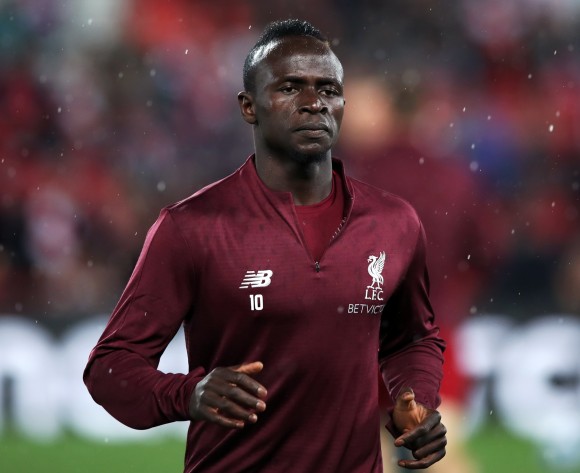