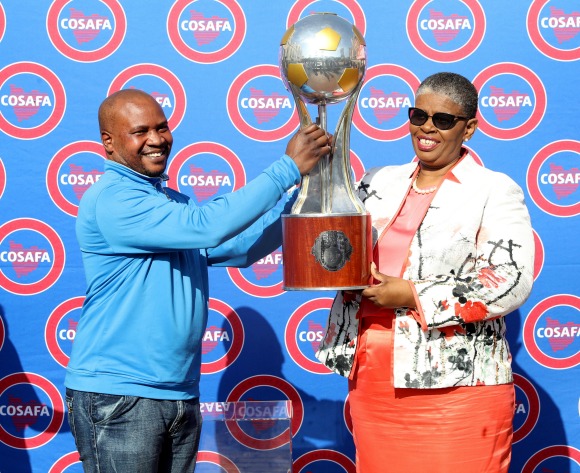 The 2019 COSAFA Cup starts on Saturday, kicking off a two-week festival of football in Durban, South Africa from May 25-June 8 with a clash between eSwatini and Mauritius at the King Zwelithini Stadium at 16h30.

The Group A fixture will provide an intriguing start to the tournament and will have much riding on it, especially as the pool has been reduced to three teams with the withdrawal of Angola from the competition.

With only the top team in each pool advancing to the quarterfinals, victory would give either side a massive boost in their bid reach the knockout stages. The two sides have clashed twice before in the COSAFA Cup, but not for more than a decade.

eSwatini are buoyant after reaching the next stage of African Nations Championship qualifiers after defeating Malawi on the away goals rule following a 1-1 draw in Blantyre.

But they are also winless in their last nine games, dating back to a 1-0 victory over Kenya exactly a year ago on May 25, 2018. Mauritius are also on a five-game winless run, with their last international a 1-0 loss to Fiji in March.

Their last victory was also almost a year ago, when they edged Malawi 1-0 in the COSAFA Cup when the tournament was staged.

eSwatini are coached by experienced Serbian Kosta Papic, who has worked extensively in South Africa, most notably with both Orlando Pirates and Kaizer Chiefs. He was also in the KwaZulu-Natal province with National First Division side Royal Eagles.

Mauritius coach Akbar Patel is also highly experienced and has led the national team previously. He is highly regarded in his own country.
eSwatini have reached the semifinals of the COSAFA Cup on four occasions, proving their potential for upset results, with their most recent success a bronze medal in 2016.

After a run of first round finishes between 2005 and 2015, eSwatini have played in the quarterfinals or beyond in each of the last three editions of the COSAFA Cup.

Mauritius are still seeking to get past the quarterfinal stage of the southern African championship. In 2001, Mauritius did make that stage after beating Namibia and but then lost 1-0 to Angola in Luanda.