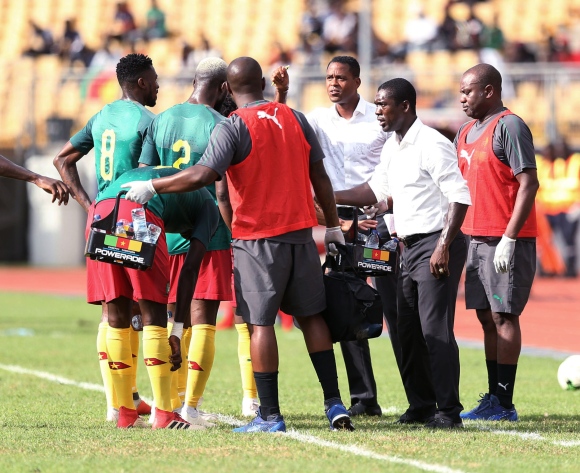 Clarence Seedorf and Patrick Kluivert during the 2019 Afcon qualifying football match between Cameroon and Malawi at the Hamadou Ahidjo Stadium in Yaounde, Cameroon on 12 October 2018 ©Alain Suffo/BackpagePix

Cameroon national team coach Clarence Seedorf says his side is ready to put up a strong showing at the 2019 Africa Cup of Nations.

Cameroon are the defending champions after claiming the trophy in Gabon two years ago, but they face a tricky Group F at the finals in Egypt.

The Indomitable Lions will open their campaign against unpredictable Guinea-Bissau on June 25, before facing fellow heavyweights Ghana on June 29 and Benin on July 2.

Seedorf has been in charge of the team since 2018 and insists that "no one is going to have an easy time against us", adding that the 2017 champions are "in good shape and positive".

"I believe we have regained international respect thanks to some great performances after missing out on the World Cup in Russia last year,” added the former Dutch international, as quoted by AFP.

Cameroon legend Roger Milla has backed Seedorf to be a success, claiming that his experience of winning major tournaments as a player will rub off on the Indomitable Lions.

"He has played in many top competitions and knows what it takes to win big tournaments," Milla said of the four-time Champions League winner with Ajax, Real Madrid and AC Milan.

Amunike: Tanzania will do their best at AFCON

Style of play will be different at AFCON – Gernot Rohr