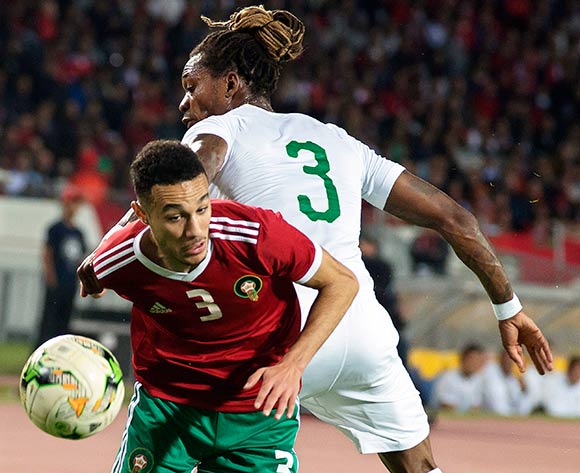 Morocco and Namibia will both be targeting a fast start to their Group D campaigns at the 2019 Africa Cup of Nations when they meet in Cairo on Sunday 23 June.

The match is slated for the Al Salam Stadium, with kick-off at 16:30 CAT.

Namibia will be making their third appearance at the AFCON. The Southern Africans qualified as runners-up of Group K in the preliminaries, finishing behind Guinea-Bissau, but ahead of Cosafa regional rivals Mozambique and Zambia.

The Brave Warriors’ previous Nations Cup showings were in 1998 and 2008 – they failed to progress beyond the first round on both occasions. However, the expanded format of the AFCON this year gives them a great opportunity to make the knockout rounds for the first time.

Coach Ricardo Mannetti will be looking to the likes of goalkeeper Virgil Vries, experienced defender Denzil Haoseb, winger Deon Hotto and striker Peter Shalulile to inspire his team to new heights, as they take on Morocco, South Africa and Ivory Coast in an exceptionally tough group at the 2019 finals.

Morocco, meanwhile, could be regarded as one of the tournament favourites – especially with two-time AFCON winning coach Herve Renard at the helm. The Atlas Lions, champions of Africa in 1976, qualified as winners of Group B in the preliminaries, ahead of Cameroon, Malawi and Comoros.

With the likes of Ajax star Hakim Ziyech in their side, Morocco are one of the strongest teams on paper but will need to show more coherency and attacking intent than they managed in the 2018 World Cup.

In head-to-head stats, Morocco and Namibia have met in six previous matches. The Atlas Lions boast an unbeaten record, with five wins and one draw. The teams’ most recent clash was an African Nations Championship meeting in January 2018 which Morocco won 2-0 in Casablanca.

‘I know my team for AFCON opener’ - Egypt coach Aguirre