Sadio Mane of Senegal (l) celebrates goal with Idrissa Gana Gueye during the 2019 Africa Cup of Nations Finals last 16 match between Uganda and Senegal at the Al Salam Stadium in Cairo, Egypt on 05 July 2019 ©BackpagePix

Good evening and welcome what was AfricanFootball.com's LIVE COVERAGE of the 2019 Africa Cup of Nations semi-final clash between Senegal and Tunisia from 30 June Stadium in Cairo, on Sunday 14 July 2019.

As It Happened  Commentary:

116' - No penalty! The referee initially awarded a penalty to Tunisia, but after consulting VAR, he overturned his decision!

101' - GOAL! Bronn inadvertently directs the ball into the back of his own net and Senegal lead.

90' - Close! Saivet smashes his left-footed thunderbolt into the side-netting.

79' - Miss! Another missed penalty! Unbelievable, Hassen pulls off a superb stop to deny Saivet from the spot.

76' - Yellow Card - Sliti is the next player to be booked by the referee.

73' - Yellow Card - Koulibaly goes into the referee's book as the match official points to the spot! PENALTY.

65' - Chance! Khenissi races through on goal, but his touch is too heavy, allowing Gomis to pounce on the ball. Gilt-edged chance squandered by the Eagles.

65' - Yellow Card - Khazri is the first player to go into the referee's book.

49' - Chance! Fast start by Tunisia as Sassi draws a great stop out of Gomis who dives to his left to keep the midfielder's rasping effort from bulging the back of the net.

48' - Chance! Piercing ball to pick out Khenissi who races free, but the forward can only succeed in guiding his attempt over Gomis' head and over the goal.

45' - Two minutes of additional time has been added.

40' - Further chances for Niang and Mane have followed, but neither could hit the target with their respective attempts.

30' - Half-hour played in the Egyptian capital. Senegal has just about edged this one thus far, but no goals just yet.

26' - Close! Sabaly hits the woodwork with a curling attempt. The fullback is desperately unlucky. After cutting  onto his right foot the left-back took aim at goal and is only denied the game's opener by the post.

22' - Chance! A pin-point corner falls to Msakni, but the Tunisian captain fails to direct his header attempt on target.

21' - Nothing to write home about thus far. Senegal's early pressure has dwindled and Tunisia have come into their own, but no clear cut chances just yet.

11' - Successive corner-kicks come to nothing as Senegal continue to turn the screw. An early goal would really set things up nicely.

5' - It has been all Senegal in the opening exchanges. The Teranga Lions showcasing their intent from the onset.

WATCH: How TUNISIA got to the 2019 Afcon semifinals

WATCH: How ALGERIA got to the 2019 Afcon semifinals

WATCH: How NIGERIA got to the 2019 Afcon semifinals 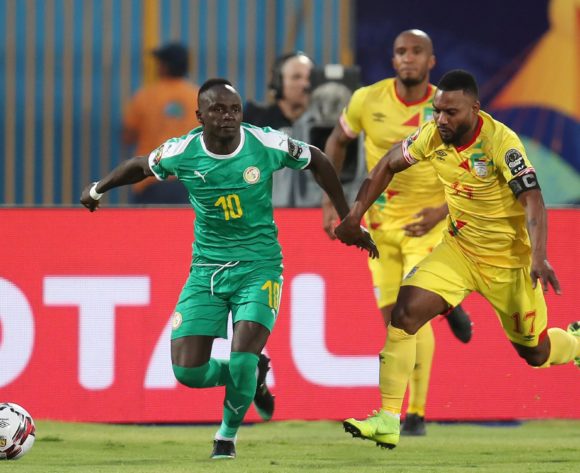 WATCH: How SENEGAL got to the 2019 Afcon semifinals