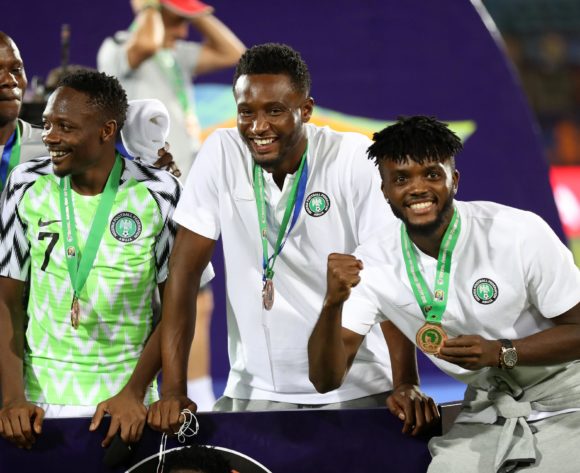 The former Chelsea midfielder was an unused substitute in the Super Eagles 1-0 win over Tunisia on Wednesday evening, as they claimed a third place finish at the 2019 Africa Cup of Nations.

Having announced himself to the continent at the 2006 Afcon hosted in Egypt, Mikel saw it fitting to hang up his boots following Nigeria’s exit from the 2019 edition – hosted in the same country.

The 32-year-old made 88 appearances for the West African nation, while forming an integral part of the squad that won the 2013 Afcon tournament in South Africa. He was also part of the team that claimed bronze at the 2016 Summer Olympics in Brazil.

Egypt is a country where I’ve started and have finished my National career. In 2006 I played my first official championship for my Country. 2019 African Cup of Nations marks my last championship for National Team with Super Eagles. My national career started in 2003 under 17 World Cup and I’m grateful for the national team for placing me on the world arena and giving me an opportunity to show my skill and have an incredible National and International career. At the age of 32 it’s time for me to retire from the National team and let the youth take over, who’ve done an amazing job securing a bronze medal at AFCON 2019. Thank you to all my Nigerian supporters and to my Country for all the trust, support and love you’ve shown me over the past 15 years. Mikel am out!

Cisse: Senegal's Mane should not think about winning Ballon d'Or

Senegal out to stun Algeria in AFCON final