We pick the top five African players to watch in the first round of the 2019/20 La Liga season, which begins on Friday night with Athletic Bilbao hosting champions Barcelona.

With 32 appearances (22 of them in the starting XI) in La Liga last season, Thomas Partey established himself as a regular for Atletico under manager Diego Simeone. The all-action Ghanaian midfielder will hope to see even more playing in a much-changed Rojiblancos side which will hope to challenge for championship honours this season.

The Nigerian enjoyed a breakout season for Villarreal last term and then went on to star for Nigeria in the 2019 Africa Cup of Nations, helping the Super Eagles come home in third place. With the eyes of the football world upon him, the pressure will be on Samuel Chukwueze to equal or better his showings from last term, starting with a Saturday night home game against Granada.

Ghanaian midfielder Mubarak Wakaso was one of the top performers for a Deportivo Alaves side which punched well above their weight last term. The 29-year-old brings resilience, energy and a great ball-winning ability to the Babazorros, who open their campaign at home to Levante (who themselves boast African stars Cheick Doukoure and Moses Simon).

Formerly a French youth and senior international, Geoffrey Kondogbia switched allegiance to Central African Republic last year and can rightly be regarded as one of the continent’s major stars in La Liga. The elegant midfielder will hope he can inspire Los Ches to an opening round win at home to Real Sociedad on Saturday evening.

An Africa Cup of Nations winner with Algeria in the offseason, versatile defender Aissa Mandi will hope to continue as a key man in the backline of Real Betis, having featured in almost 100 La Liga matches in the past three seasons. The 27-year-old will want a clean sheet for Los Verdiblancos in their home clash against Real Valladolid on Sunday. 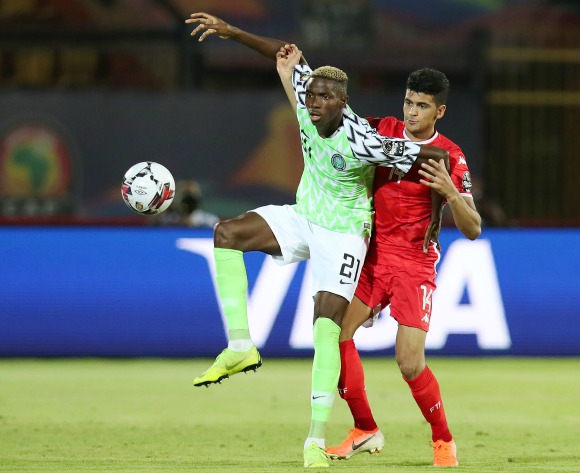