Nigerian international Victor Osimhen had been expected to struggle to fill the shoes of Nicolas Pepe at Lille this season but the new arrival showed no signs of any pressure with both goals in his club’s weekend win and is now being hailed a potential new star in French football.

Lille, who were second in Ligue 1 last season on the back of Pepe’s 22 goals, opened their campaign with a 2-1 home victory over Nantes as Osimhen scored in both halves.

The 20-year-old is set to become a new cult figure in Ligue 1 after making an immediate mark.

Aged just 20, he was in the squad at the Africa Cup of Nations in Egypt, having belatedly graduated up from Golden Eaglets side that won the U-17 World Cup in Chile in 2015. He scored 10 goals in that tournament.

He arrive at Wolfsburg in Germany in January 2017 but injuries kept him on ice until his debut some four months later.

He scrapped together a handful of Bundesliga appearances, without scoring, before a shoulder injury and then a bout of malaria stymied his playing time.

A loan spell at Charleroi in Belgium last season was just the tonic. Osimhen scored 19 goals in 31 league starts and proved the reason why Gernot Rohr preferred him to Kelechi Iheanacho of Leicester City for the tournament in Egypt.

Naturally, Osimhen has been all smiles since. “I feel very good, I have been waiting a long time since I arrived here and I felt it was important to make a successful debut. Ligue 1 is a big jump up for me, I think it’s one of the best leagues in the world.”

“When I get opportunities on the field, I do not want to miss them. I am not yet 100% but I train hard and I know that with time I will be at the top physically,” he told reporters. 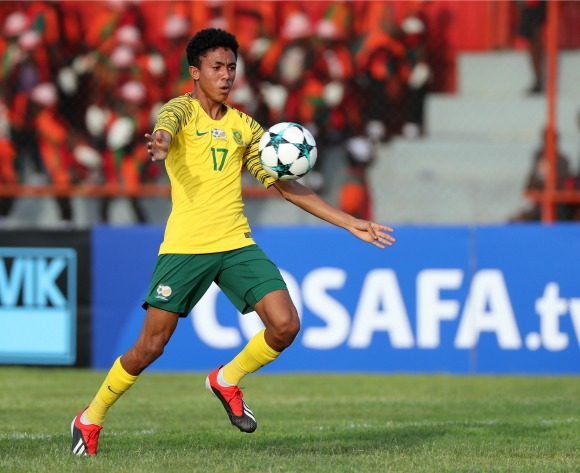