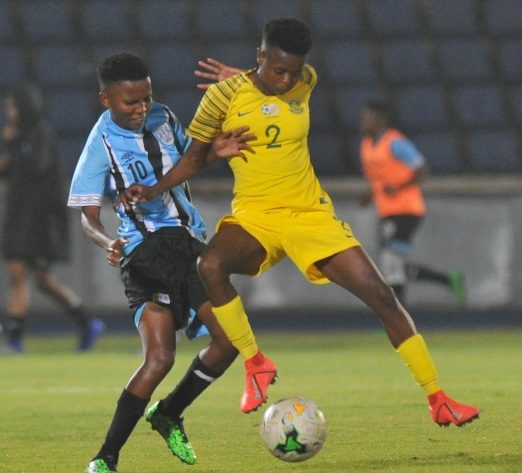 South Africa were held to a 0-0 stalemate by Botswana in the 2020 CAF Women’s Olympic Games qualification second-round first-leg match on Friday night.

The encounter took place at Botswana’s National Stadium in the city of Gaborone.

The second-leg match will be played at the Orlando Stadium in Soweto, South Africa on Tuesday, September 3.

South Africa’s Banyana Banyana, who recently won the 2019 Women’s COSAFA Cup, were expected to brush aside the Mares of Botswana.

However, it was the Mares, who started the match brightly and they should have scored through Lesego Radiakanyo.

Banyana head coach Desiree Ellis was forced to make her first substitution of the match when Busisiwe Ndimeni came on for an injured Robyn Moodaly.

The score was 0-0 at the interval following a first-half which saw Botswana dominate, but they could not find the back of the net.

The two teams attacked each after the restart and Banyana had a chance to break the deadlock with less than 15 minutes left.

Mamello Makhabane unleashed a well-taken free-kick, but Mares goalkeeper Sedilame Bosija made a good save to deny the Banyana star.

Ultimately, the match ended in a 0-0 stalemate with Botswana having held a much-fancied South Africa side at home.