Picture tribute to Samuel Eto'o who retired this week from football 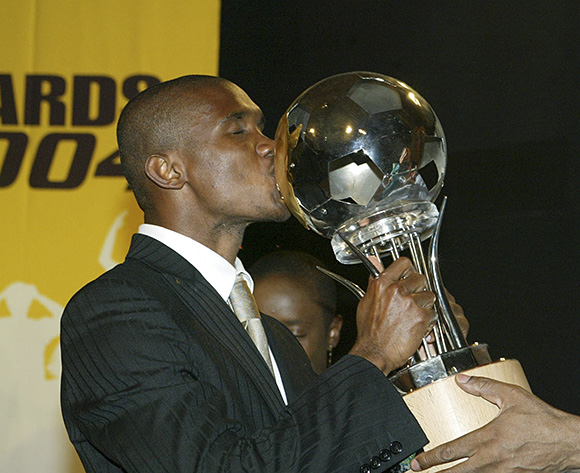 Samuel Eto’o announced his retirement this week and despite his at times petulant nature that rubbed others up the wrong way, will go down as one of the greatest African strikers of all time.

For the most part, he let his goals do the talking and was an influential figure at most of his clubs, winning the UEFA Champions League twice to go with three Spanish LaLiga trophies and the Italian Serie A.

AfricanFootball.com takes a look back at his extraordinary career in which he netted 370 goals in 759 appearances at 13 different clubs.

Few people remember that Eto’o actually started his career at Real Madrid, though he was hardly used and spent most of his time out on loan.

He failed to find the back of the net in seven appearances and finally left for Mallorca on a permanent basis in 2000.

Before leaving Real, Eto’o had a loan spell at second-tier Leganes, where he hardly set the world alight, but it proved a good experience for the teenager.

Eto’o’s first taste of the city of Barcelona came as he spent a season on loan at Espanyol, though he made just a single appearance all campaign.

His career really took off when he joined Mallorca in 1999/00, initially on loan, before making the move permanent.

He became an instant regular and his 22 goals in 43 games in 2003/04 made the whole of Europe sit up and take notice.

Barcelona won the race for his signature as Real tried to get him back, and he would star at the Camp Nou, winning two UEFA Champions League titles and LaLiga in three of his five seasons at the club.

Eto’o finally left Spain to move to Italy and Inter, when he also enjoyed notable success, helping the team to the Serie A title.

After two full seasons at Inter he moved on to ambitious Russian side Anzhi Makhachkala, where he managed a goal every other game, though he did not manage any silverware.

Eto’o made a largely forgettable switch to Chelsea for the 2013/14 season as his powers began to wane and he lost some of that old sharpness. His stay in London was short-lived.

Everton brought in Eto’o to mentor a young Romelu Lukaku, but he proved a difficult character in the dressingroom and lasted only six months on Merseyside.

Eto’o spent the second half of the 2014/15 campaign back in Italy at Sampdoria, but he failed to find his goalscoring touch there as well.

His switch to Turkey proved more of a success as Eto’o spent two and a half seasons with Antalyaspor and was a regular scorer. He also had a spell as player/manager in between new faces in the dug-out. He won two, lost two and drew one of his five games in charge.

The final six months of the 2017/19 season were spent at Konyaspor, where he would end his stay in Turkey.

His final foray in club football was in Qatar during the 2019/19 season, where he scored a goal every other game despite much of the old pace and precision having deserted him.