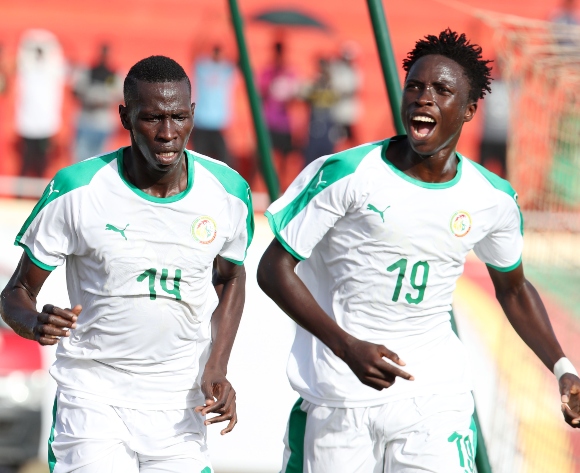 tournament’s opening game. The Lions of Teranga controlled the flow of play from the onset and made their dominance count early

on with Djibril Gueye pouncing on a mistake by the Guinea-Bissau defence to open the scoring in the 10th minute, and at the same time register WAFU 2019’s first goal.

It was only a matter of time before Senegal found their second goal and it came on the half hour mark when some majestic build-up play down the right flank concluded with Elhadji Moutarou Balde squaring the ball for Assane Mbodji to tap home from close range. Guinea-Bissau did mount a bit of a comeback towards the end of the opening half and even managed to pull a goal back courtesy of a great individual effort from Claudio Gomes who had come on as a substituteonly six minutes earlier.

The second half was all Senegal, but they struggled to really fashion any significant goal scoring chances. Nonetheless, they pushed forward and put the result beyond doubt with their third goal in the 86th minute thanks to substitute Abdoulaye Ba. Following the outcome, Senegal will now progress into the quarterfinals of the Cup competition where they will play the winner of the match between Guinea and Benin on October 3, while Guinea-BIssau will take part in the Plate quarterfinals and play the loser. The Man of the Match, which is sponsored by Royal Air Maroc, for the opening game between Senegal and Guinea-Bissau was the Lions of Teranga attacking midfielder Assane Mbodji.

The second match of WAFU 2019 did not produce as many goals as the first, but the excitement levels remained high with Burkina Faso progressing to the quarterfinals of the Cup competition after beating Mauritania 4-3 in a penalty shoot-out. The match ended 1-1 after regular time with Taghy Mohamed Denne opening the scoring in the 73rd minute for Mauritania before Yannick Pognongo levelled matters from the penalty-spot in the 86th

Burkina Faso showed their steel in the shoot-out to win 4-3 with goalkeeper Aboubacar Sawadogo making a vital save to deny Ahmed Rachid before Pognongo scored the winning penalty. Following the outcome, The Stallions will now progress into the quarterfinals of the Cup competition where they will play the winner of the match between Ghana and Gambia on October 4, while Mauritania will take part in the Plate quarterfinals and play the loser. The Man of the Match, which is sponsored by Royal Air Maroc, for the second game between Burkina Faso and Mauritania was the Lions of Chinguetti captain Taghy Mohamed Denne. 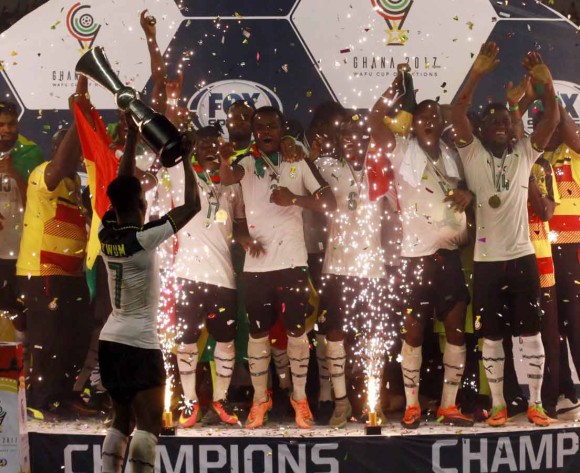