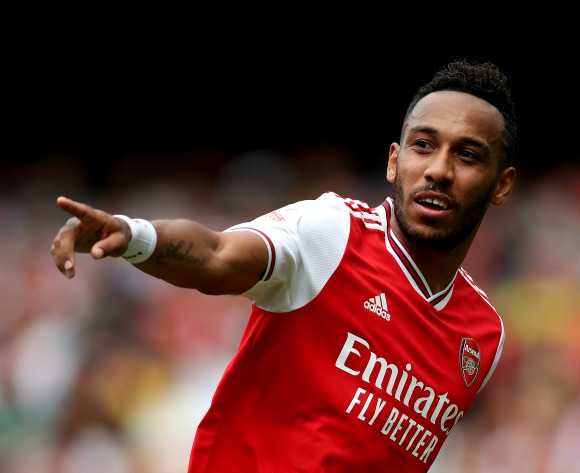 Welcome to AfricanFootball.com for what was our African Stars Watch of players in action in major European leagues on Sunday 6 October 2019.

As It  Happened Commentary: (All times CAT)

18h00 – That brings an end to our African Stars Watch action for today. Still a lot of action across Europe’s top leagues to come this evening; including the 20h45 Serie A kick-off between Inter and Juventus at the San Siro, and Sevilla’s visit of Barcelona in the Spanish LaLiga at 21h00.

17h35 – Mustafa Yatabare scored a stoppage-time goal for Sivasspor who moved up to second place in Turkey’s top-flight following a 3-1 win over Ankaragucu.

17h30 – Abdoulaye Diaby found the back of the net for Besiktas who claimed a 2-0 win over league leaders Alanyaspor in the Turkish Super Lig.

17h10 – Ghana’s Christian Atsu starts on the bench for Newcastle United who are at home to Manchester United in Sunday’s late Premier League game.

17h00 – Pepe assisted the only goal as Arsenal edged Bournemouth 1-0 at the Emirates to move up to third place on the log standings.

16h45 – Nigeria international Victor Osimhen has continued his incredible goal-scoring streak to earn a point for Lille at home to Nimes in the French Ligue 1. The game eventually ended in a 2-2 draw.

16h40 – Adama Traore has given Wolves a shock 1-0 lead away to Manchester City with 10 minutes of regulation time remaining.

16h20 – Senegal international Mbaye Diagne has come off the bench to great effect to make it 4-0 to Club Brugge. Victory moves the club four points clear atop the log standings.

16h15 – Pepe is withdrawn after the hour mark at the Emirates for the in from Gabriel Martinelli.

15h50 – Ramy Bensebaini played the full match for Borussia Monchengladbach who move top of the German Bundesliga following a 5-1 win over Augsburg.

15h40 – Dennis has built on the brace he scored against Real Madrid  on Tuesday, netting Brugge’s third against Gent in the Belgium Pro League.

15h25 – Tammy Abraham, who this week committed his allegiance to England instead of Nigeria, has opened the scoring for Chelsea who are away to Southampton in the Premier League.

15h10 – Nicolas Pepe assisted Arsenal’s opener at the Emirates. The Ivory Coast international with a pin-point corner-kick to pick out David Luiz who guides his header attempt into the far post to give the Gunners an early lead.

15h00 – Senegal’s Krepin Diatta assisted the first before scoring the second as Club Brugge raced into a 2-0 lead before the half-hour mark.

14h55 – Percy Tau and Emmanuel Dennis are among the Africans players involved from the onset in the Belgium Pro League clash between Club Brugge and Gent.

Cape Verde to take on France

Ounas out of Algeria friendlies after surgery