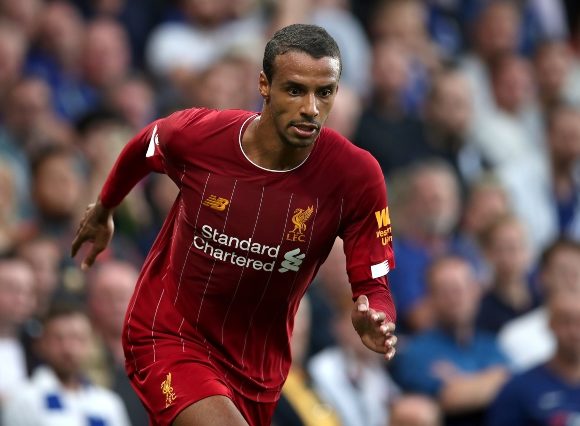 Liverpool have rewarded Joel Matip with a new long-term contract.

The centre-back put pen to paper at Melwood training ground on Friday, with the new deal set to reportedly keep him at Anfield until 2024.

Matip joined the Reds on a free transfer from German Bundesliga club Schalke 04 three years ago and has quickly gone on to establishing himself as an integral member of the squad alongside Virgil van Dijk in defence.

The former Cameroon international has racked up five goals in 107 appearances for the current Uefa Champions League holders.

“From outside, you know Liverpool is such a big club – but when you are inside, then you really get a feeling for how big the club is. In all the countries, the supporters are everywhere. It’s a massive and big club that I think every player would want to play for.

“We have a young and talented team and I think every one of us is hungry. Now we’ve seen how it is to win something and we want to have that feeling again.

“There are a lot of things still to achieve. You never know how it will end, you just have to work hard and do the best you can do. Then we will see.

“It is an honour to be a part of the club. It makes me happy that people think I’ve done a good job and they want to keep me,” the 28-year-old concluded.

Namibia FA to wait longer to fix their house

Three TKO battles to look forward to this weekend

Extension on the cards for Amrabat in Italy