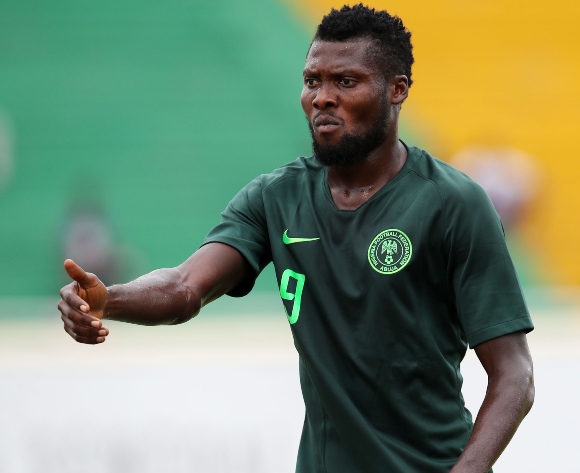 Alimi Sikiru Adewele of Nigeria during the 2019 WAFU Nations Cup

The final field for the 2020 African Nations Championship in Cameroon is becoming clearer after a number of countries booked their place in the finals on Saturday, with some surprises along the way.

Nigeria beat Togo 2-0 in the second leg of their tie, but lost the battle 4-3 on aggregate after a heavy first leg loss.

Sikiru Alimi scored a brace for the home-based Super Eagles, but they miss out on the finals is a surprise loss.

Three goals in the first half handed Morocco a comprehensive 3-0 victory over Algeria in the second leg of their qualifier to win the tie by the same scoreline.

A penalty from Badr Banoun was followed by further strikes via Hamid Ahaddad and Mohamed Nahiri to seal the win.

Uganda eased in to the finals with a 3-0 home win over Burundi, to take the tie 6-0 on aggregate. Fahad Bayo, Allan Okello and Viane Ssekajugo netted the goals.

Rwanda were held to a 1-1 draw at home by Ethiopia, but took the tie 2-1 on aggregate. They fell behind to a Mesfin Tafesse in the second half, but Ernest Sugira netted to send them to the finals.

Tanzania had already booked their place in the finals on Friday with an away goals success over Sudan after a 2-2 aggregate score.

Emmanuel Chabula sired twice as Zambia were held 2-2 by Eswatini in Lusaka, but win the tie 3-2 on aggregate, while Namibia eased past Madagascar 2-1 over two legs following a 2-0 home success as Elmo Kambindu scored twice.

The remaining eight sides for the finals will be revealed on Sunday when the last of the qualifiers take place.

Wedson Nyirenda: We are ready to win trophies