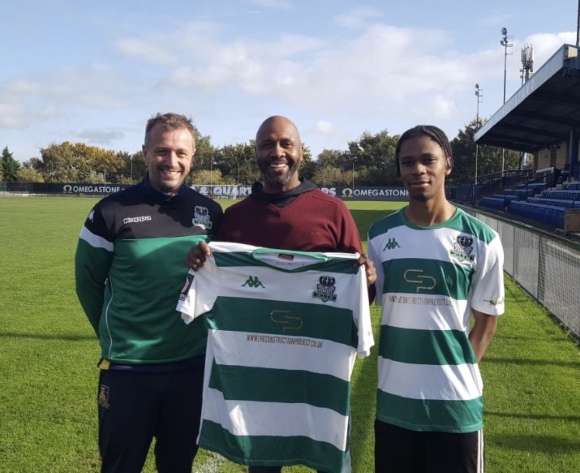 There will be a familiar name back in European football after Lucas Radebe Junior signed for English non-League side Farsley Celtic, the club has confirmed.

The 20-year-old midfielder is the son of the former Kaizer Chiefs, Leeds United and Bafana Bafana legend by the same name, and his progress from here will no doubt be closely followed in South Africa.

“We are delighted to secure the signing of Lucas Radebe Jnr,” manager Neil Ross told the club’s website.

“He has been training with our Under-23 lads this week and has impressed us with his technical ability and his pace. Lucas will be involved with the Under-23s as soon as his international clearance comes through.

“Our Under-23 squad is a group of very talented and hungry players working hard to progress the game. Although Lucas arrives with all the publicity, he is certainly one of those players.

“He has arrived from South Africa for the opportunity to develop in football, and a big thanks must go to chief Lucas Radebe Snr for bringing him down to Farsley Celtic.”

Celtic play in the National League North, the sixth tier of English football, and are close to where Radebe Snr spent 10 years with Leeds United.

Ghana, Senegal, Ivory Coast all dumped out of CHAN