Several African players will be in action as the 2019/20 UEFA Champions League group stage action resumes on Tuesday night.

Ghana international Thomas Partey is expected to feature for Spanish side Atletico Madrid when they face German outfit Bayer Leverkusen in a Group D clash.

The 26-year-old midfield maestro has flourished for Atletico this season having scored once in eight La Liga matches.

While Belgian champions Club Brugge will look to Nigerian hitman Emmanuel Dennis when they take on French giants Paris Saint Germain (PSL) in a Group A match.

The lethal attacker grabbed a brace as Brugge were held to a 2-2 stalemate by Spanish football heavyweights Real Madrid earlier this month.

On the other hand, DR Congolese defender Christian Luyindama and his Galatasaray teammates will battle with Real in another Group A encounter.

The towering player will be keen to marshall the Turkish champions’ defence and ensure that they keep a clean sheet.

The tricky winger was on the score sheet for the English champions as they defeated Ukrainian giants Shakhtar Donetsk 3-0 last month.

Lastly, Ivorian full-back Serge Aurier will be hoping to feature for his English club Tottenham Hotspur when they take on Serbian champions FK Crvena zvezda in a Group B game.

The experienced right-back started for Tottenham as they were thumped 7-2 by German giants Bayern Munich earlier this month. 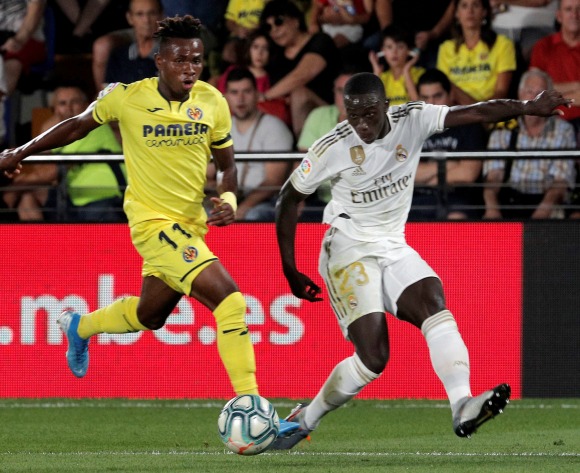