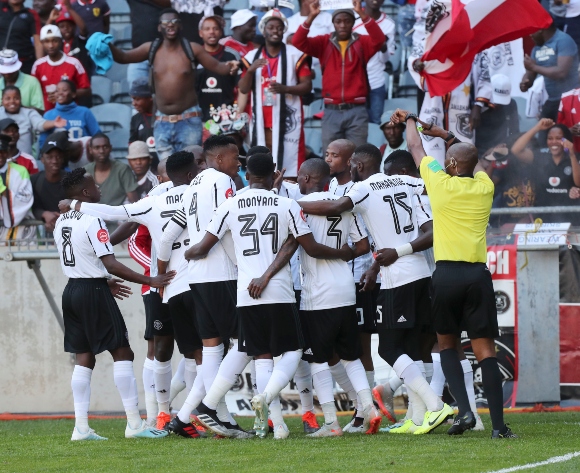 Stellenbosch will chase the scalp of Orlando Pirates in the Absa Premiership when the teams meet at Cape Town Stadium on Saturday 26 October 2019, kick-off at 15h30.

Stellenbosch finally claimed their first top-flight win just before the international break, defeating Polokwane City 2-0 in the Limpopo province on October 2, thanks to goals from Waseem Isaacs and Iqraam Rayners. Stellies have drawn both of their home matches so far in 2019/20.

Pirates were last in league action way back on September 28, when they were held 3-3 at home by Cape Town City. The Buccaneers came from 0-2 down in the match, which included a fourth goal in the space of three Absa Premiership matches from Tshegofatso Mabasa.

In head-to-head terms, this will be the first top-flight meeting of Stellenbosch and Orlando Pirates. However, when the former team was still known as Vasco Da Gama, the clubs met twice in the 2010/11 PSL season: the Buccaneers completed a league ‘double’ by winning 2-1 in Cape Town and 2-0 in Soweto.