Welcome to AfricanFootball.com for what was our LIVE coverage of the AFCON 2021 Qualifiers on Wednesday 13 November 2019.

As it happened commentary:

23:05 – Full-time. Gambia record a famous win in Angola while there were also victories for both Senegal and Sudan. Uganda conjured a point in Burkina Faso.

22:40 – GOAL! Sudan 4-0 Sao Tome and Principe. All too easy for the hosts who are on their way to a comprehensive win!

22:25 – GOAL! Sudan 3-0 Sao Tome and Principe. The hosts take a commanding lead against a 10-man Sao Tome side and are on course to a comfortable win.

22h10 – The action has resumed in all four of the remaining Afcon qualifiers this evening.

21h55 – Half-time. Senegal and Sudan hold a 2-0 advantage in their respective encounters. Gambia are 2-1 up in Luanda, while it is still goalless between Burkina Faso and Uganda in Ouagadougou.

21:35 – GOAL!…GOAL! Senegal 2-0 Congo. Goals from Sidy Sarr and Habibou Diallo witin  the space of two minutes give the Teranga Lions an early advantage.

21:30 – GOAL!…GOAL! Angola 1-2 Gambia. The visitors race into the lead thanks to two goals in two minutes from Assan Ceesay!

21:15 – GOAL! Angola 1-0 Gambia. Not to be outdone by Sudan, Angola rattle the back of the net themselves as we get off to a fast start in the final four games of the day. Eduardo with the goal.

21:10 – GOAL! Sudan 1-0 Sao Tome and Principe. The hosts take an early lead in Omdurman! Ramadan Agab with the goal.

21:00 – The final four games of today’s round of 2021 Afcon qualifiers have all kicked off simultaneously across the African continent, with the marquee fixture taking place in Thies where 2019 Afcon runners-up Senegal play host to Congo.

19:55 – Full time. Sierra Leone 1-1 Lesotho. The away side fought back from a goal and a man down to salvage a draw – a great result for the Southern Africans!

19:55 – Full time. Guinea-Bissau 3-0 Eswatini. A comfortable win for Guinea-Bissau to make them the early pace-setters in Group I.

19:55 – Full time. Nigeria 2-1 Benin. Hard work for the Super Eagles, but they are off and running in Group L thanks to goals from Osimhen and Kalu.

19:50 – Full time. Namibia 2-1 Chad. The Brave Warriors off to a winning start in Group A, overcoming Chad in Windhoek.

19:50 – Full time. Cameroon 0-0 Cape Verde. The Indomitable Lions v the Blue Sharks ends 0-0. A solid result for the island nation in a group where only one other team will qualify alongside the 2021 tournament hosts.

19:45 – Lesotho are down to 10 men in Freetown, hard to see them mounting a comeback against Sierra Leone. Meanwhile, Cameroon and Cape Verde remain locked at 0-0.

19:35 – GOAL! Namibia 2-1 Chad. Namibia are back in front at the Sam Nujoma Stadium, with a 76th minute goal from Chris Katjiukua.

19:35 – GOAL! Guinea-Bissau 3-0 Eswatini. Points surely in the bag for GB, as they rack up a third goal at home to Sihlangu Semnikati. This time it’s Joao Mario with the strike.

19:30 – GOAL! Sierra Leone 1-0 Lesotho. The Leone Stars break the deadlock in Freetown! Kwame Quee with the goal for the hosts.

19:30 – GOAL! Nigeria 2-1 Benin. Nigeria hit the front for the first time! Samuel Kalu scores soon after the hour mark to put the Super Eagles 2-1 up.

19:25 – GOAL! Namibia 1-1 Chad. But the visitors hit straight back to make it 1-1! Ezechiel Ndouassel levels the game for Chad.

19:10 – We’re underway in the second halves around the continent. Can Nigeria complete a turn around against Benin?

18:55 – Half time. We’ve reached the midway point of the evening games around the continent. The headline score thus far is Benin holding Nigeria 1-1 in Uyo, while Guinea-Bissau are 2-0 up against Eswatini. Cameroon v Cape Verde, Namibia v Chad and Sierra Leone v Lesotho are all goalless at the break.

18:55 – GOALS! Guinea-Bissau 2-0 Eswatini. News of two goals late in the first half in Bissau, where the hosts have netted through Jorginho Intima and Piquetti Djassi.

18:50 – GOAL! Nigeria 1-1 Benin. The Super Eagles’ pressure pays dividends, with a penalty converted by Victor Osimhen to make it 1-1 on the cusp of half time.

18:35 – Past the half hour mark of the 18:00 kick-offs around the continent. Our only goal thus far has come from Uyo, where Benin hold a surprise advantage over the Super Eagles.

18:25 – It would be a massive upset if Nigeria were unable to defeat Benin at home in this opening Group L qualifier. Meanwhile, the four other evening matches remain goalless.

18:10 – GOAL! Nigeria 0-1 Benin. A shock early lead for Benin’s Squirrels away to Nigeria! Stephane Sessegnon has netted for the visitors.

17:55 – Some more team news headed your way, here are the line-ups for Cameroon v Cape Verde.

17:35 – Amongst the games coming up at 18:00 is a Group F clash between Cameroon and Cape Verde Islands. The Indomitable Lions are guaranteed qualification as hosts, leaving the Blue Sharks to fight it out with Mozambique and Rwanda for just one berth at the 2021 finals.

17:10 – Full time. Central African Republic 2-0 Burundi. A big win for CAR, with the early strike from Vianney Mabide and a last-gasp goal from Louis Mafouta taking them to a Group E victory in Bangui.

16:50 – Closing in on full time in Bangui and Blantyre, where CAR and Malawi both lead 1-0 against Burundi and South Sudan respectively.

16:35 – GOAL! Malawi 1-0 South Sudan – The Flames have broken the deadlock in Blantyre, scoring in the 69th minute through Frank Mhango.

16:30 – Coming up in 90 minutes will be five further qualifiers, headlined by Nigeria v Benin in Uyo. Read our match preview right here.

16:15 – CAR continue to lead at home to Burundi, offering them a great chance to open Group E with a win. ‘Les Fauves’ have never qualified for the Nations Cup finals.

16:00 – We open today’s live coverage of Africa Cup of Nations qualifiers with the first two matches about to kick-off in the second half. Central African Republic lead Burundi 1-0 in their Group E clash in Bangui (Vianney Mabide has scored the goal for CAR at the Barthelemy Boganda Stadium) and it’s Malawi 0-0 South Sudan in a Group B game in Blantyre. 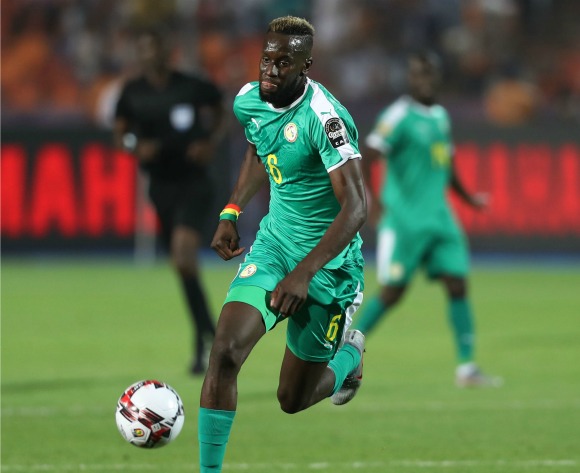 Algeria, Kings of Africa, can they defend their AFCON title?