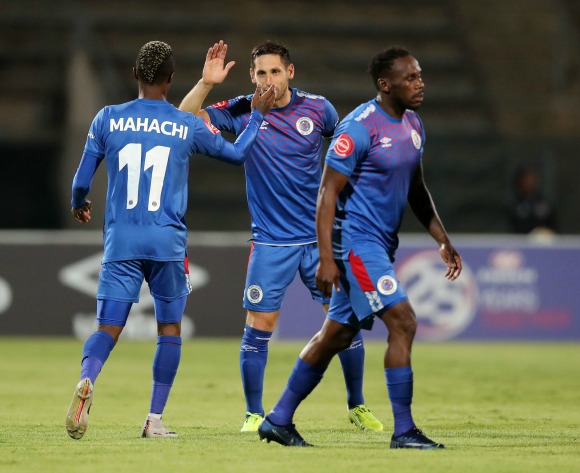 SuperSport United secured a 2-0 win over Highlands Park in an Absa Premiership match at the Lucas Moripe Stadium on Friday night.

The win saw second-placed Matsatsantsa cut leaders, Kaizer Chiefs’ lead to seven points on the league standings, while the Lions of the North remained sixth on the table.

Matsatsantsa dominated the opening exchanges with Thabo Mnyamane and Teboho Mokoena looking lively for the hosts.

Mnyamane and Mokoena were both denied by Highlands Park goalkeeper Marlon Heugh in the first 15 minutes of the match.

However, the shot-stopper was beaten by Mnyamane in the 19th minute as the attacker netted from Mokoena’s low cross to make 1-0 to SuperSport.

The Lions of the North then suffered a blow as Heugh was substituted after picking up an injury on the half-hour mark.

The visitors managed to create chances after the half-hour mark, but they could not convert them as Peter Shalulile missed the target with a header.

The momentum was with Owen Da Gama’s men and Lindokuhle Mbatha missed a sitter with a header from close range.

SuperSport were leading 1-0 during the half-time thanks to Mnyamane’s well-taken goal.

The Lions of the North created goalscoring opportunities, but they continued to waste them as Mokete Mogaila was denied by SuperSport keeper Ronwen Williams in the 56th minute.

Before Shaluile fired straight at South Africa international Williams after the hosts’ defence was exposed after the hour-mark.

SuperSport managed to double their lead against the run of play in the 71st minute as Aubrey Modiba set-up Bradley Grobler, who scored with a good shot make it 2-0 to the hosts.

Bongani Khumalo, who is a defender by trade, was introduced by coach Kaitano Tembo in the dying minutes of the match.

The hosts were able to contain the visitors and ultimately, SuperSport secured a 2-0 victory over Highlands Park on the night.

Raja get precious away victory in DR Congo 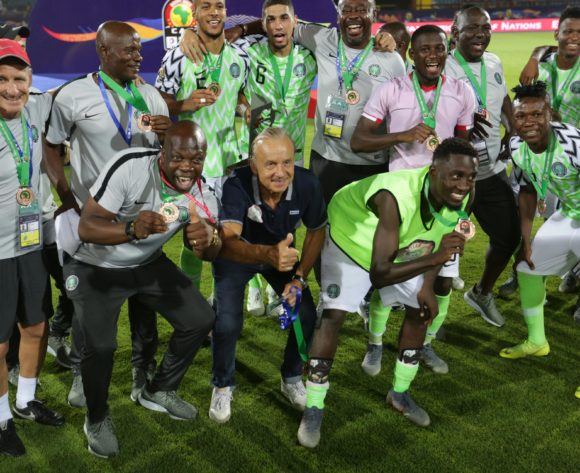 New-look Vita Club need win at all costs against Raja

Egyptian giants look to bounce back