Gavin Hunt, Coach of Bidvest Wits during the Absa Premiership 2019/20 match between Bidvest Wits and Maritzburg United at the Bidvest Stadium, Johannesburg on the 12 February 2020 ©Muzi Ntombela/BackpagePix

Baroka FC will look to boost their Absa Premiership survival hopes with a win over Bidvest Wits when the teams meet at Peter Mokaba Stadium on Saturday 15 February 2020, kick-off at 15h30.

Baroka suffered an 11th defeat of the season when they went down 1-0 away to Highlands Park on February 1. Bakgaga have claimed just 10 points from 11 home matches in the 2019/20 PSL season thus far.

Wits suffered a second straight league defeat for the first time this season when they were beaten 1-0 at home by Maritzburg United on February 12. The Clever Boys have claimed 17 points from eight away matches in this campaign.

In head-to-head stats, Baroka and Wits have met in seven league matches since the 2016/17 season. The Clever Boys have claimed five wins compared to one for Bakgaga, while one game has been drawn. The Limpopo side has lost all three of their previous home matches in the rivalry.

When the teams met earlier this season, at Bidvest Stadium in August 2019, Baroka claimed their first win over Wits, triumphing 1-0 away from home thanks to a goal from Gerald Phiri Jr. 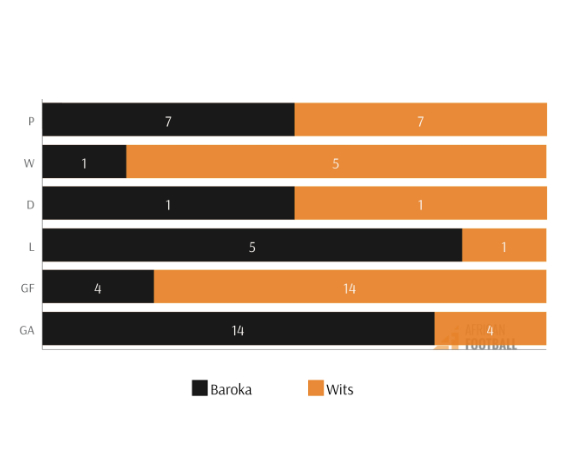