There’s unlikely to be any love lost when Stellenbosch and SuperSport United meet for a Valentine’s Day Absa Premiership clash on Friday 14 February 2020, kick-off at 20h00.

Stellenbosch come into the match on the back of a ninth league loss of the season when they were beaten 2-1 at Black Leopards on February 2. The Cape side has claimed 12 points from nine home matches so far this season.

SuperSport suffered a second defeat from their last three league matches when they went down 1-0 away to Golden Arrows on February 1. Matsatsantsa have claimed 14 points from 10 away matches in the 2019/20 campaign.

In head-to-head stats, Stellenbosch and SuperSport have met in just one previous top flight match. That encounter took place earlier this season, at the Lucas Moripe Stadium in November 2019, and ended in a 1-1 draw with goals from Kudakwashe Mahachi and Waseem Isaacs. 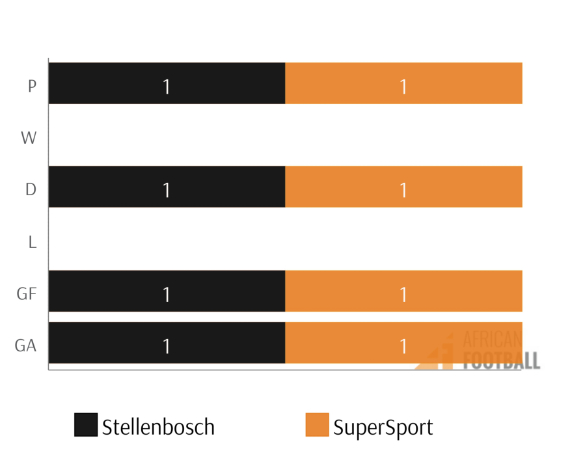