Reneilwe Letsholonyane of Highlands Park during the Absa Premiership match between Orlando Pirates and Highlands Park on 18 January 2020 at Orlando Stadium, Pic BackpagePix

Highlands Park will chase back-to-back wins in the Absa Premiership when they host Bloemfontein Celtic at Makhulong Stadium on Saturday 15 February 2020, kick-off at 15h30.

Highlands broke a three-game losing streak in the league by edging Baroka FC 1-0 at home on February 1, with a rare goal from defender Bevan Fransman. The Lions of the North have claimed 19 points from 10 home matches this season.

Celtic played to a seventh draw of the season when they were held 1-1 at ‘home’ (at the Nelson Mandela Bay Stadium) by Chippa United on January 19. Phunya Sele Sele have claimed nine points from as many away matches in the 2019/20 campaign.

In head-to-head stats, Highlands and Celtic have met in five league matches since 2016/17. The Lions of the North have claimed two wins compared to one for Phunya Sele Sele, while one game has been drawn. The Tembisa-based side has recorded one win and one draw from their two home matches in the rivalry.

When the teams met earlier this season, at Dr Molemela Stadium in November 2019, Celtic claimed a 3-1 win (their first victory against Highlands) thanks to goals from Sera Motebang, Ndumiso Mabena and Menzi Masuku. 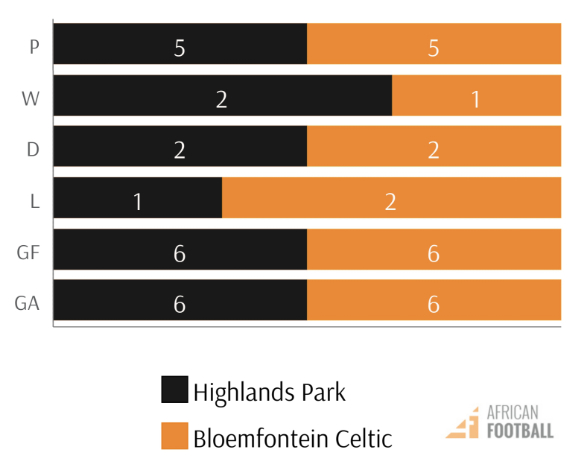