Polokwane City will be desperate for an Absa Premiership victory when they host Cape Town City at the Old Peter Mokaba Stadium on Sunday 16 February 2020, kick-off at 15h30.

Polokwane suffered a 13th defeat from their last 15 league outings when they went down 1-0 away to AmaZulu on February 2. Rise and Shine have taken just four points from the last 45 available and their home record is just 10 points from as many matches so far this season.

Cape Town City played to a ninth draw of the league season when they were held 1-1 at Maritzburg United on January 31, though they have taken seven points from the last nine up for grabs. The Citizens have claimed just six points from 10 winless away games in 2019/20.

In head-to-head stats, Polokwane and Cape Town have met in seven league matches since 2016/17. The Citizens have claimed four wins compared to one for Rise and Shine, while two games have been drawn. The Limpopo side has recorded one win, one draw and one defeat from three home matches in the rivalry. 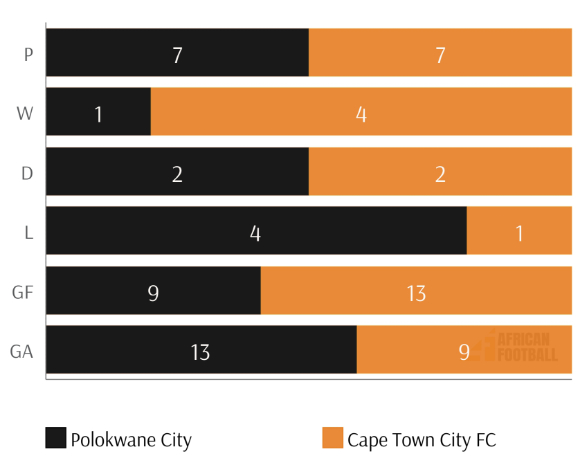