Orlando Pirates will look to continue their superb form in the Absa Premiership when they host Soweto rivals Kaizer Chiefs at FNB Stadium on Saturday 29 February 2020, kick-off at 15h30.

Pirates racked up a sixth successive win when a late own goal secured a 1-0 victory away to Black Leopards on February 16. The Buccaneers almost boast an unbeaten home record this season, with seven wins and three draws giving them a haul of 24 points from a possible 30 so far in 2019/20.

Chiefs suffered just a third league defeat of the season when they were beaten 2-1 at home by Maritzburg United on February 15. The Amakhosi have won just one of their last three PSL fixtures in the league, though they have taken an impressive 23 points from 10 away matches this season.

In head-to-head stats, Chiefs and Pirates have met in 68 league matches since 1985. The Amakhosi have claimed 25 wins compared to 15 for the Buccaneers, while no less than 28 encounters have ended in draws. The team in black and white have won nine of their 35 home matches in the rivalry, suffering 11 defeats in the process.

When the teams met earlier this season, at the FNB Stadium in November 2019, Chiefs claimed a 3-2 home win thanks to an own goal from Ntsikelelo Nyauza, a goal from Leonardo Castro and a late penalty from Daniel Cardoso. The PSL result broke a nine-game league winless streak for the Amakhosi in the rivalry. 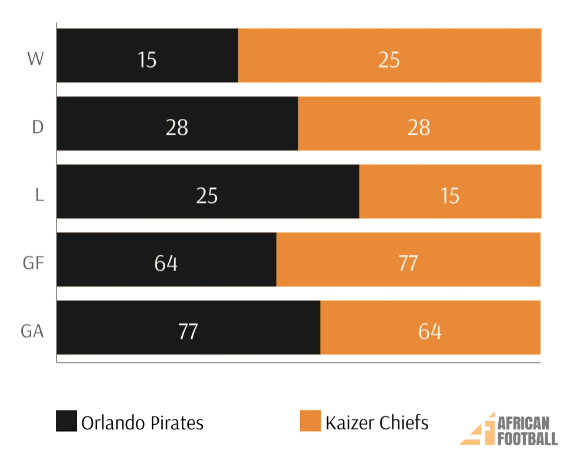 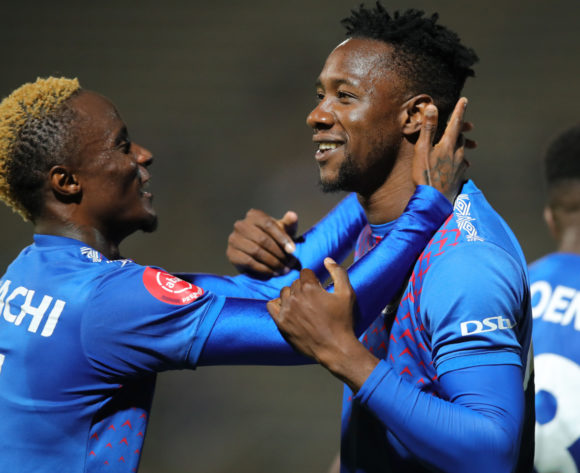