Bloemfontein Celtic will look to end a lean run in the Absa Premiership when they host Baroka FC at the Dr Molemela Stadium on Sunday 1 March 2020, kick-off at 15h30.

Celtic have gone four games without a win in the league after they suffered a 2-1 loss away to Mamelodi Sundowns on February 19. Phunya Sele Sele have claimed 16 points from 10 home matches so far this season.

Baroka suffered a second successive league defeat (and a 12th overall) when they went down 1-0 at home against Bidvest Wits on February 15. Bakgaga have claimed claimed 10 points from as many away matches in the 2019/20 campaign.

In head-to-head stats, Celtic and Baroka have met in seven league matches since 2016/17. Phunya Sele Sele have claimed two wins compared to one for Bakgaga, while four games have been drawn. The Bloemfontein side has recorded two wins and one defeat from their three home matches in the rivalry. 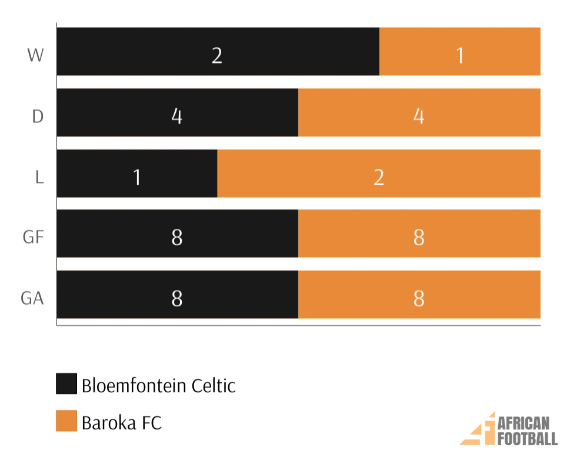 When the teams met earlier this season, at the Peter Mokaba Stadium in August 2019, they played out a goalless stalemate. Three of the clubs’ last four league clashes have ended in draws. It makes this a tough tussle in the context of the latest PSL log.