Baroka FC and Black Leopards will meet for a key derby in the Absa Premiership relegation battle at Peter Mokaba Stadium on Saturday 7 March 2020, kick-off at 15h30.

Baroka suffered a third straight loss in the league (and a fourth from their last five matches) when they were beaten 2-1 at Bloemfontein Celtic on March 1. Bakgaga have taken just 10 points from 12 home matches in the 2019/20 campaign thus far.

Leopards suffered a second straight league defeat (and a third from their last four matches) when they went down 2-1 away to Limpopo rivals Polokwane City on March 1. Lidoda Duvha have claimed just five points from 10 matches on the road this season.

In head-to-head stats, Leopards and Baroka have met in three top-flight league matches since the 2018/19 season. Lidoda Duvha have claimed two wins compared to one for Bakgaga, with the latter team having lost their only previous home match in the rivalry 1-2.

When the teams met earlier this season, at Thohoyandou Stadium in September 2019, Baroka claimed a 2-0 away win thanks to goals from Phelelani Shozi and Tshediso Patjie. 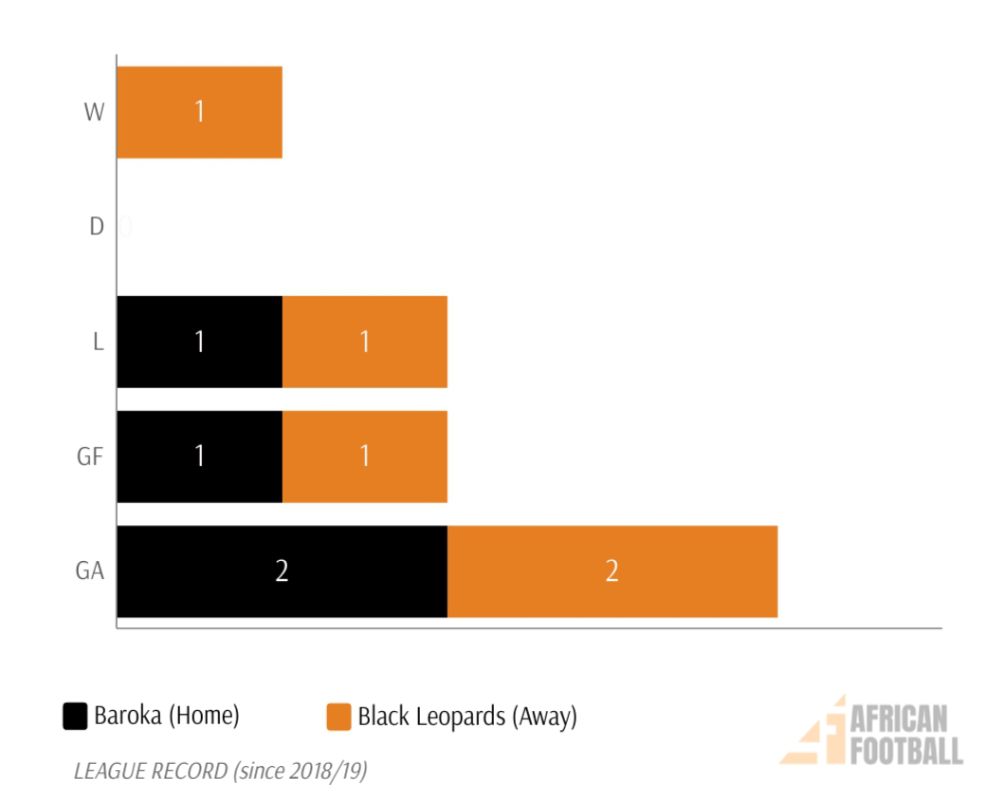