Kaizer Chiefs and AmaZulu will renew their rivalry in the Absa Premiership when they meet at FNB Stadium on Saturday 7 March 2020, kick-off at 20h15.

Chiefs secured a major win in their quest to claim the title when they defeated arch rivals Orlando Pirates 1-0 away on February 29, with Lebogang Manyama scoring the key goal. The Amakhosi have taken 22 points from nine home matches this season.

AmaZulu, meanwhile, suffered a second straight defeat and a 13th in the season overall when they went down 1-0 away to Chippa United on February 29. Usuthu have claimed just nine points from 12 matches on the road in 2019/20 Absa Premiership season.

In head-to-head stats, AmaZulu and Chiefs have met in 57 league matches since 1985. The Amakhosi have claimed 36 wins compared to seven for Usuthu, while 14 games have been drawn. The Soweto side has won 21 of their 29 home league matches against their Durban counterparts, suffering just two defeats in the process.

When the teams met earlier this season, at King Zwelithini Stadium in September 2019, Chiefs claimed a 2-0 win thanks to goals from Leonardo Castro and Khama Billiat. The Amakhosi are unbeaten in their last 21 league matches against Usuthu. 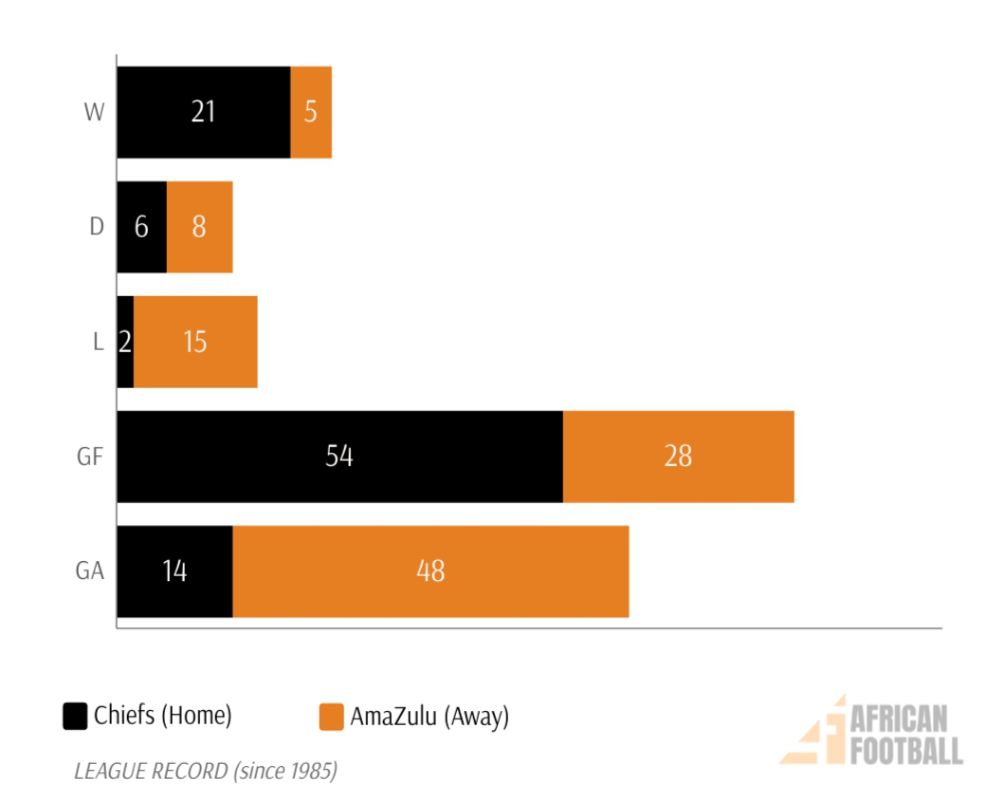