Gavin Hunt, Coach of Bidvest Wits during the Absa Premiership 2019/20 match between Bidvest Wits and Maritzburg United at the Bidvest Stadium, Johannesburg on the 12 February 2020 ©Muzi Ntombela/BackpagePix

Bidvest Wits will look to bounce back to form in the Absa Premiership when they host Chippa United at Bidvest Stadium on Saturday 7 March 2020, kick-off at 20h15.

Wits suffered a fifth league loss of the season when they were beaten 2-0 at SuperSport United on February 29, and they have claimed just four points from the last 15 available. The Clever Boys have taken 14 points from nine home matches this term.

Chippa broke a five-game winless streak by defeating AmaZulu 1-0 at home on February 29, with a goal from Ruzaigh Gamildien. The Chilli Boys have claimed just 10 points from 11 away PSL matches in the 2019/20 campaign.

In head-to-head stats, Chippa and Wits have met in 13 league matches since 2012/13. The Clever Boys have claimed six wins compared to two for the Chilli Boys, while five games have been drawn. The Johannesburg side has recorded three wins, two draws and one loss in six home matches in the rivalry.

When the teams met earlier this season, at the Sisa Dukhashe Stadium in October 2019, Wits claimed a 1-0 away win thanks to a late goal from Buhle Mkhwanazi. The Clever Boys have won their last three league clashes against the Chilli Boys. 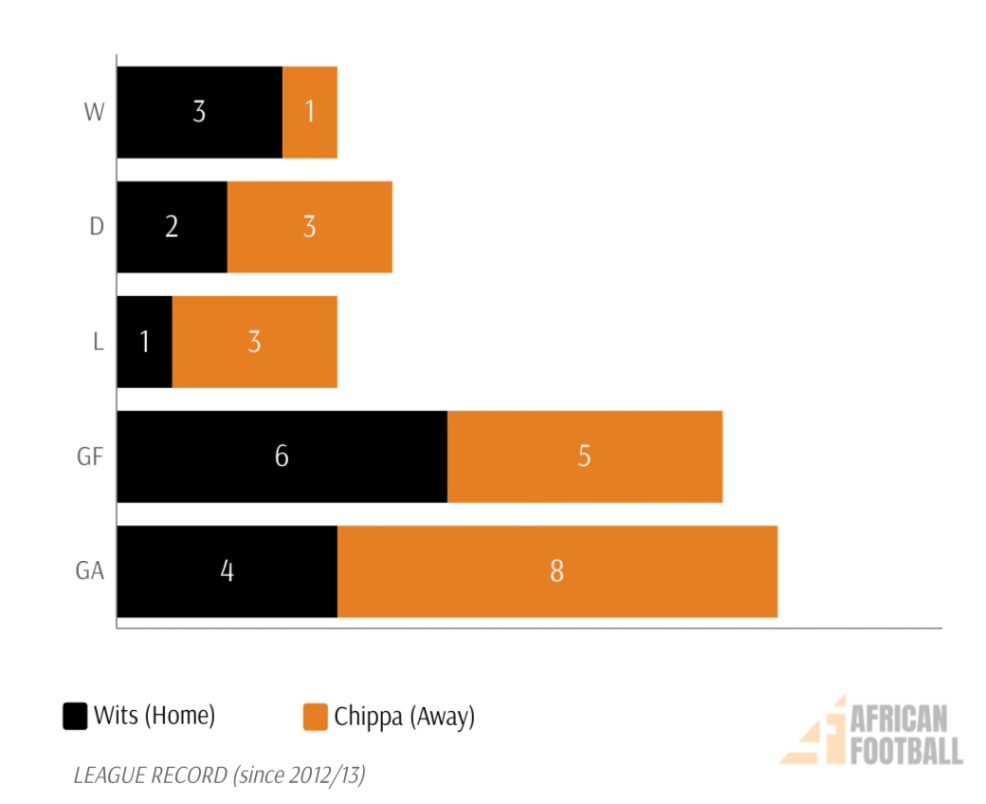