City look to bounce back against Celtic

Cape Town City will look to bounce back to winning form in the Absa Premiership when they host Bloemfontein Celtic at Athlone Stadium on Sunday 8 March 2020, kick-off at 15h30.

City suffered an eighth defeat of the season when they were beaten 3-2 away to Polokwane City on February 16, ending a run in which they had claimed seven points from a possible nine. The Citizens have taken 18 points from 11 home matches in the 2019/20 season so far.

Celtic broke a four-game winless streak in the league when they defeated Baroka FC 2-1 at home on March 1, with goals from Tebogo Potsane and Ndumiso Mabena. Phunya Sele Sele have claimed just nine points from 11 away matches in the 2019/2 campaign.

In head-to-head stats, City and Celtic have met in seven league matches since 2016/17. The Citizens have claimed three wins compared to one for Phunya Sele Sele, while three games have been drawn. The Cape side has recorded two wins and one defeat from their three home matches in the rivalry.

When the teams met earlier this season, at Dr Molemela Stadium in November 2019, they played out a goalless stalemate. City are unbeaten in their last four league matches against Celtic. 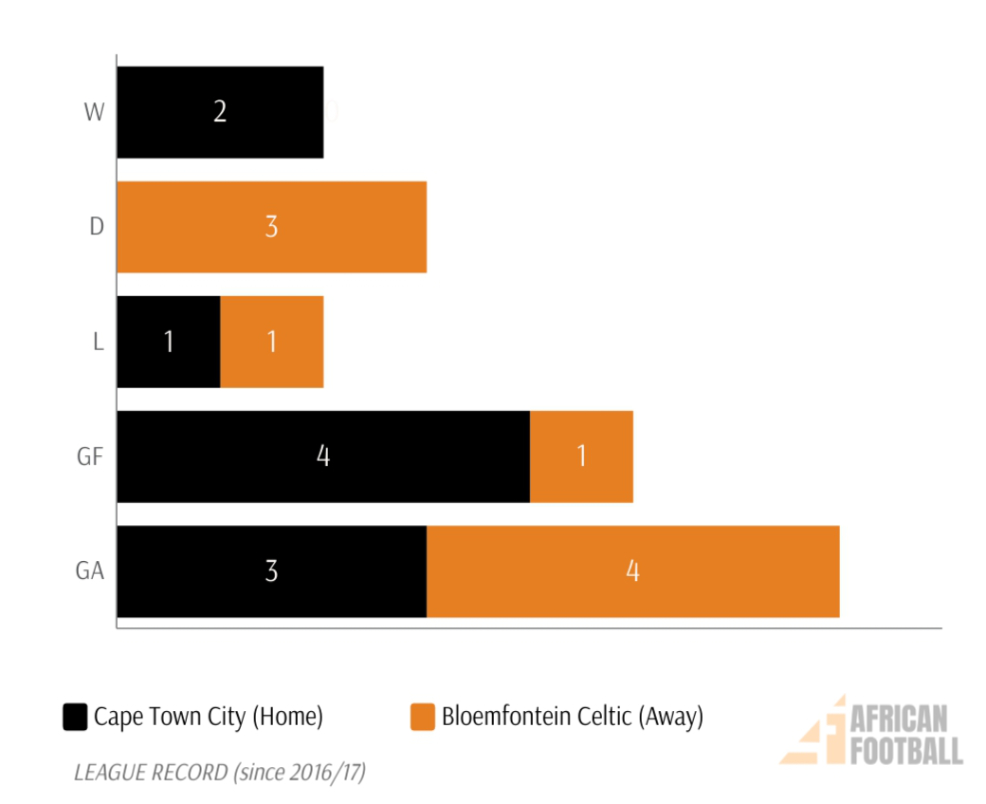