Highlands Park will look to stretch their unbeaten run in the Absa Premiership when they host SuperSport United at Makhulong Stadium on Sunday 8 March 2020, kick-off at 15h30.

Highlands have gone four league matches without defeat after they held Golden Arrows 1-1 away on February 29, with a goal from Rodney Ramagalela. The Lions of the North have claimed 22 points from 11 home matches in 2019/20.

SuperSport avoided a third straight league loss when they defeated Bidvest Wits 2-0 at home on February 29, with goals from Teboho Mokoena and Bradley Grobler. Matsatsantsa have claimed just 14 points from 11 away matches this term.

In head-to-head stats, SuperSport and Highlands have met in five previous top-flight league matches. Matsatsantsa have claimed three wins compared to one for the Lions of the North, while one game has been drawn. The Tembisa-based team has recorded one draw and one defeat from their two home matches in the rivalry.

When the teams met earlier this season, at Lucas Moripe Stadium in December 2019, SuperSport claimed a 2-0 win thanks to goals from Thabo Mnyamane and Bradley Grobler. 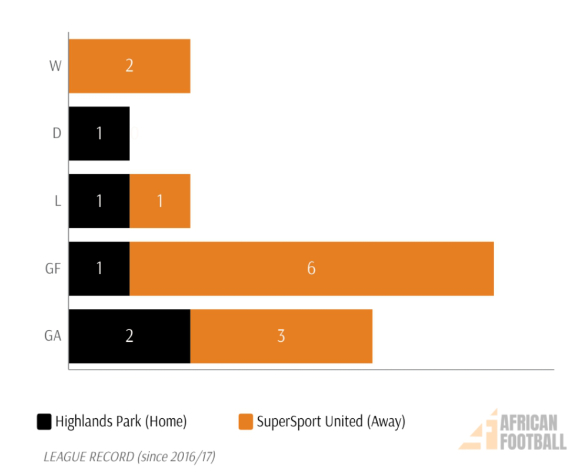 City look to bounce back against Celtic