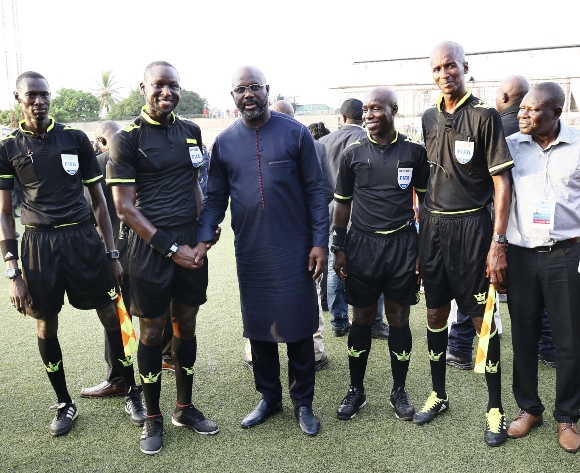 Liberian President and football legend George Weah says he fears for the future of sport on the African continent in the wake of the coronavirus pandemic.

The health crisis has had a major effect on sport all around the world, and while other parts of the globe are slowly bringing leagues and series back to empty stadiums, African sport – and football in particular – has a very uncertain future, both in the immediate and long-term future.

The national leagues in countries such as Uganda, DR Congo and Rwanda have been cancelled, while other nations have yet to ascertain a clear way forward in terms of restarting their domestic competition.

On the international front, the 2020 African Nations Championship (CHAN) is indefinitely suspended, while there is also the suggestion that next year’s Africa Cup of Nations (AFCON) may have to be shifted from its scheduled time in January-February.

“The lifeblood of sports consists mainly of attendance fees and sponsorships – where these no longer exist, many clubs will collapse and many leagues will close permanently,” President Weah was quoted as saying by BBC Sport.

“It is my considered opinion that the future of sports in Africa after Covid-19 is bleak, and is not guaranteed to recover. There will be an urgent need to resuscitate football and other games.

“Health and recovery of our economies take absolute priority, however, it is important that the global funding being raised should recognise the social importance of sport.”

Weah, who has been Liberia’s President since early 2018, is a three-time African Footballer of the Year and Ballon d’Or winner who represented the likes of Monaco, Paris Saint-Germain, AC Milan and Chelsea in a storied career.