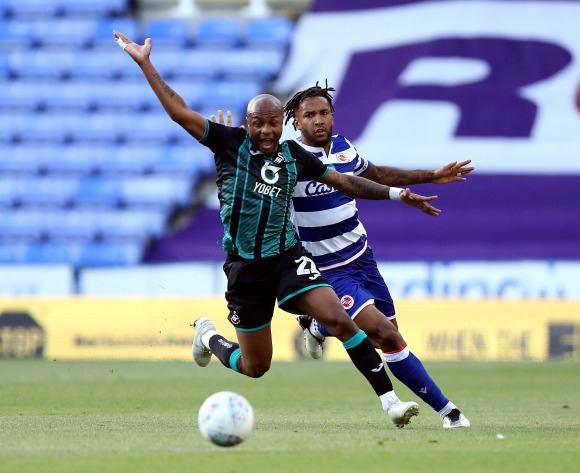 Swansea City kept their hopes of playing in the English Premier League next season alive on a dramatic final day of 2019/20 English Championship action.

The Swans needed a win and for other results to go their way if they were to stand any chance of winning promotion from England’s second tier.

Ghana international Andre Ayew assisted his seventh goal of the campaign as the Welsh club thumped Reading 4-1. Victory moved them above Nottingham Forest who lost by the same scoreline at home to Stoke City and into sixth spot on goal difference.

Swansea will now face Brentford over two playoff legs with the winner to take on either Fulham or Cardiff City at Wembley for a place in the Premier League next season.

Ayew scored 15 goals in 44 Championship appearances for the Swans in an extraordinary campaign. Watch all the highlights from their win over Reading, here: