Tyronne Ebuehi looking to revive his career at Twente 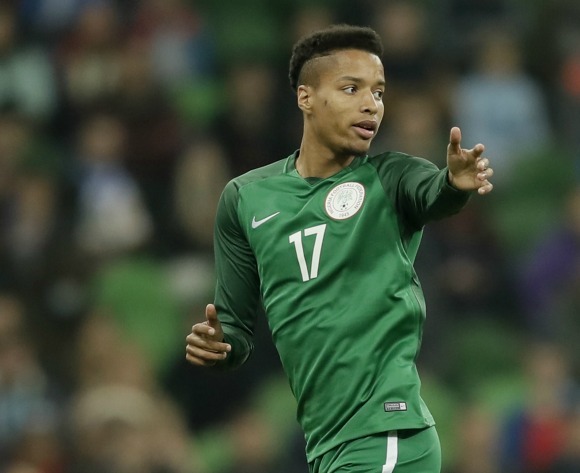 Nigerian defender Tyronne Ebuehi is looking to revive his career after sealing a season-long loan deal to Dutch Eredivisie side FC Twente for the 2020-21 campaign.

The 25-year-old, who has eight Super Eagles caps to his name and represented Nigeria at the 2018 World Cup in Russia, has seen little playing time at parent club Benfica since joining the Portuguese giants in 2018 from ADO Den Haag.

However, a move back to the country of his birth will hopefully see the right-back return to action on a consistent basis and turn around his career trajectory.

“It feels great to be here at FC Twente. The conversations I had with the club were very positive and I am looking forward to playing here,” he told the club’s official website.

“In the past I played against FC Twente with ADO. Twente is a big club and I want to prove myself here, but of course also help the club.”

Twente technical director Jan Streuer was delighted to see the Nigerian join their squad: “It is great that we can add Tyronne Ebuehi to our team,” he said.

“In his time at ADO Den Haag, Tyronne showed he is a talented player. It is not without reason that he was selected for the national team of Nigeria and played at the 2018 World Cup.”

Twente are set to continue their pre-season preparation with a friendly against FC Emmen at De Grolsch Veste on Saturday.

Sundowns set up thrilling end to the season