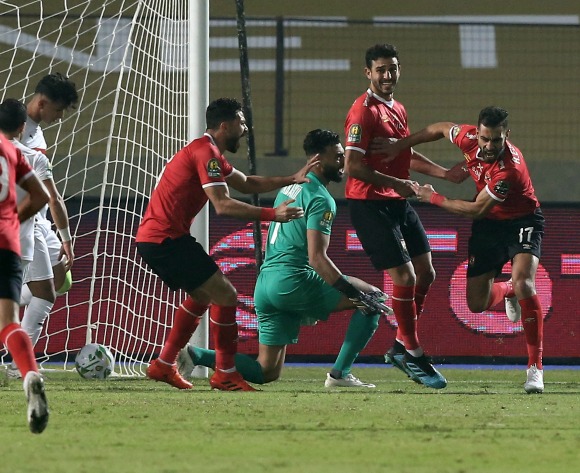 Al Ahly secured a 2-1 win over their Egyptian arch-rivals Zamalek in the 2019/20 CAF Champions League final match at the Cairo International Stadium on Friday night.

The Red Devils got off to the perfect start as they broke the deadlock through Amr El Sulaya just five minutes into the match.

The attacking midfielder got behind Zamalek’s defence to head home an inswinging corner from Ali Maaloul to make it 1-0 to Al Ahly.

Zamalek then piled pressure on the Al Ahly defence and Mahmoud Shikabala forced goalkeeper Mohamed El Shenawy into a comfortable save in the 15th minute.

El Shenawy was a busy man in the Red Devils’ goal-posts as he made a good save from Mahmoud Alaa’s header eight minutes before the hour-mark.

However, the Egypt international was beaten in the 31st minute when Shikabala scored with a powerful curling effort from the edge of the box to make it 1-1.

The momentum was with Zamalek with the half-time break approaching and El Shenawy made a decent save from Tarek Hamed’s deflected shot in the 38th minute.

The score was 1-1 at the interval following a lively first-half in Cairo.

The White Knights continued to create chances after the restart and Mostafa Mohamed was sent through on goal in the 50th minute, but his tame effort was saved by El Shenawy.

The Red Devils looked dangerous every time they pushed forward and they should have scored when Maaloul set-up Hussein El Shahat, who hit the woodwork with the goal gaping in the 54th minute.

It was end-to-end stuff as Ahmed Sayed Zizo rattled the post at the other end as Zamalek looked to take the lead for the first time on the night.

Coach Pitso Mosimane introduced Angolan attacking midfielder Geraldo in the 67th minute as Al Ahly searched for their second goal of the match.

Al Ahly pushed for a late winning goal and they grabbed it through Mohamed Magdi Afsha, who scored with a brilliant volley to seal a 2-1 victory over Zamalek on the night.