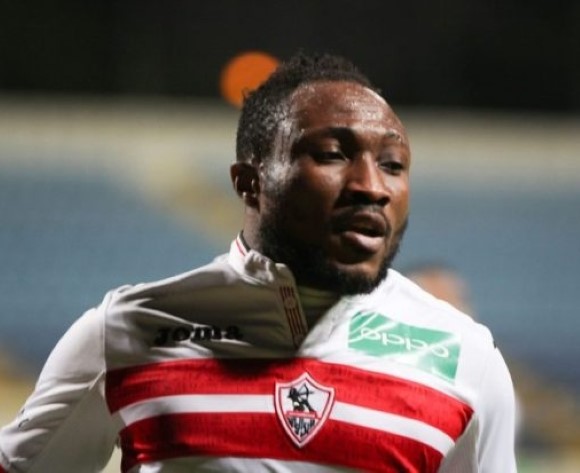 The Court of Arbitration for Sport (CAS) has ruled in favour of Benjamin Acheampong in his case against his former club Zamalek.

The Egyptian giants are now set to pay $1.2 million to the Ghanaian striker, 30, with CAS having doubled the figure from $400,000 to $1.2 million following a long winding legal tussle.

Acheampong joined Zamalek back in 2017 but he struggled for game time and his contract was terminated by Zamalek, who then refused to pay him $400,000.

“I have been waiting for this moment for a long time,” Acheampong said on Ghana Web.

“The last 2.5 years have not been easy. I have been called a troublemaker and worse, just because I stood up for my rights.

“Many false stories were reported in the media and I always kept quiet as I was confident the truth would come out,” he continued.

“The highest Court in football has now finally recognized that I was right all along and that Zamalek’s actions were unacceptable.

“I want to focus on continuing my career now, still being motivated and fit to play professional football. I want to thank the PFAG and FIFPRO for their unconditioned support; without them,” he added.

“I would have never been able to pursue this matter.”