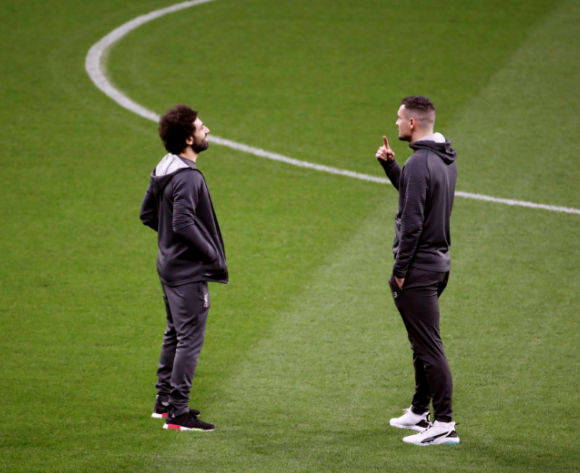 Salah and Lovren’s bromance is well documented but with the Croatia international having left the Anfield club for Russia last year, the Egyptian winger has now grown close to Kostas Tsimikas.

Tsimikas, 24, joined the Reds from Olympiacos in August but has yet to feature in the Premier League for the defending champions having only recently recovered from a knee injury.

The Greek left-back will be hoping to make his Premier League debut away to West Ham United on Sunday and revealed how Salah has helped him adapt to life on Merseyside.

“I didn’t know him before but I played at Olympiacos with one teammate in the Egypt national team,” Tsimikas told the club’s official website.

“When I signed, this guy called me and he was with Mo. We started speaking and then the next day we had the same flight from Greece to Austria for the preparations.

“We had time there to speak a lot and from the first minute we are very close.

“He helped me a lot around the team. He’s one of my best mates here in the club. Not just as a player, he’s a very good guy also.

“We spend a lot of time here in the training ground and he’s very friendly with me. I’m very happy to be close to him,” he concluded.