Fulham have completed the signing of Josh Maja from Bordeaux.

The 22-year-old has joined the Cottagers on loan with an option to make the deal permanent for £9m at the completion of the 2020-21 campaign, according to Sky Sports.

Speaking to fulhamfc.com on completing his move to Craven Cottage, Maja said: “I’m really excited and proud to sign for Fulham on loan for the remainder of the season.

“This is a big opportunity and I look forward to meeting up with the team and working hard to achieve positive results.”

The Nigeria international joined the French club from Sunderland in January 2019 in a deal worth a reported £3.5m at the time.

He has scored two goals in 11 starts for Les Girondins in Ligue 1 this season after netting eight times in 24 appearances across all competitions last season, including a hat-trick in a 6-0 win over Nimes.

Fulham and Bordeaux had already conducted transfer business this month with Ivory Coast international Jean Michael Seri having moved on-loan in the opposite direction.

Maja made his Super Eagles debut in a 2-2 draw versus Ukraine in September 2019, in a team that also featured Fulham teammate Ola Aina.

Fulham currently occupy 18th spot on the Premier League standings and are seven points from safety. The Cottagers next face Leicester City on Wednesday evening. 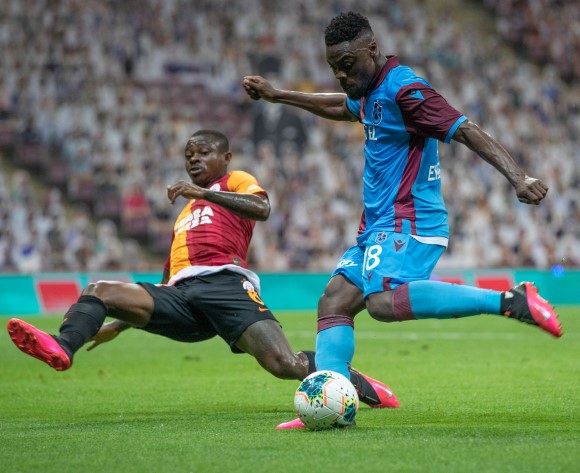